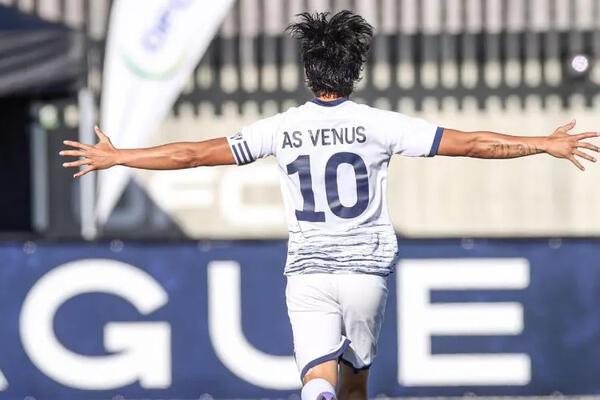 Solomon Islands OFC Champions League 2022 representative Central Coast FC have started their campaign with a loss to Tahiti’s AS Venus.

A tremendous hat-trick from Teaonui Tehau has earned Tahiti’s AS Venus a 3-0 win over Central Coast FC in their OFC Champions League 2022 Group A clash at Ngahue Reserve, Auckland.

AS Vénus captain Tehau scored 50 goals across league and cup games in the recently concluded Tahiti domestic season and he demonstrated his ruthless streak early on.

A poorly placed free-kick from David Supa gifted the ball to the Vénus skipper, who hit a swerving 30-yard strike beyond Phillip Mango in the Central Coast goal.

Just four minutes later and the 29-year-old was given another chance to showcase his clinical edge. This time it was from the penalty spot, after Tauhiti Keck’s driving run was brought to an abrupt end by Freddie Kini, with Tahiti’s record scorer slotting home his second goal from 12-yards.

After recovering from the early shellshock Central Coast, playing in their first ever OFC Champions League, started to threaten.

Central Coast’s impressive end to the first-half was however rendered meaningless less than a minute into the second period as Tehau secured his hat-trick in style with a sumptuous pivot and finish.

Junior Fordney entered the fray for the Honiara-based side and his pace off the bench caused problems, Teamotuaitau having to be smart to block his near-post attempt. Alick Kitalo then came close at the back post as Central Coast went chasing a much-needed goal.

But Central Coast’s efforts were in vain as Vénus saw out a well-deserved 3-0 triumph.

With this win Vénus move into top spot in Group A and will hope to secure a place in the semi-finals when they take on Lae City FC on Sunday. Central Coast will challenge Galaxy FC on the same day, looking to get their first points on the board.