Tafoa Made Debut Over Weekend 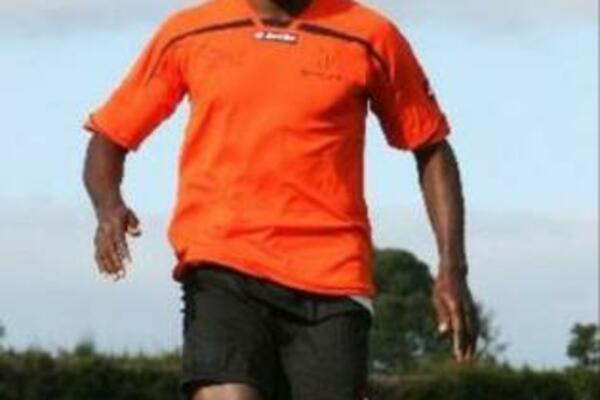 Politics and controversy aside, Chris Tafoa has a lot in common with athlete Zola Budd.

The Solomon Islander grew up playing soccer in his country barefoot, something the former 5000m runner from South Africa did in the Olympics Games in her track event.

Tafoa, who is making his debut for Cru Bar Maycenvale United in their Central League campaign tomorrow against Western Suburb in Hastings, says after his childhood, it wasn't easy learning to play the game with proper gear.

"I found it very difficult to wear boots and shin pads. It was pretty heavy and uncomfortable," the 19-year-old defender says before the 2pm kick off at the Hawke's Bay Regional Sports Park.

Even more intriguing is that he and fellow youngsters from Lalasu Village, in Malaita, often used rags rolled and tied into a compact ball to hone their skills at beaches and dusty roads.

"It's pretty tough being a village boy," says the left back who is billeting at the home of Maycenvale stalwarts Jane and Dennis Frater.

In typical island fashion, the village youth found sticks in the bushes to plant goal posts but kept their ears pricked for the sound of oncoming vehicles.

"We had to hide from the cops. When the cars went away we got back on the road to play," he says with a grin.

Money aside, it was a two-hour trip to the Solomon Islands capital of Honiara by boat or a 45-minute flight from his village to go shopping.

Tafoa's father, John Safanamae, a retired fisherman who supplied his catches to a tuna factory now closed down because of ethnic violence, taught him the basic skills of the beautiful game.

One of five boys in the family, Tafoa won a scholarship to Florence Young Christian School in the capital city where teachers introduced the boarder to a competitive environment.

He started off with Eku United but is a member of the Solomon Warriors outfit, formerly known as Uncles Football Club (it was the effort of relatives combining to form a club). "I was a left winger but they tried me in the back because there weren't too many left-footed defenders."

He didn't pass his exams in his final year at high school in 2009 so found himself gravitating towards football.

"I used to tell everyone that one day I want to be like Gideon and represent my country," Tafoa explains, adding that Omokirio is still in the Solomons squad and often coaches youngsters, too.

Maycenvale talent scouts, who have injured striker Joachim Rande in their ranks, were impressed with Tafoa's prowess when they went to watch the London Olympics Oceania qualifying tournament (under-23s) in Taupo last month.

He is also in the Nations Cup World Cup qualifying squad for the Solomon Islands.

The ambidextrous under-20 international was part of the team that lost the final to New Zealand in Auckland last year.

Nelson Football Club had secured his services after the tournament to foot it in the Mainland Premier League.

However, it was challenging to try and find a niche in the Kiwi scene.

"It's very different from the Solomons. There's a lot more running here. Over there, there's little running and more basics on ball work."

It also took some adjusting in the physicality stakes with New Zealanders having a tendency to lean more on players.

"There were a few tackles and I escaped but I'm getting used to it," he says, finding the intensity in training here much higher than at Nelson.

The Hastings club has lost 11 players from last season when Chris Greatholder was coach on their debut season. Greatholder has since left to coach the Kinetic Electrical Hawke's Bay United franchise in the ASB Premiership (summer league). Dion Adams is the Maycenvale coach this winter.