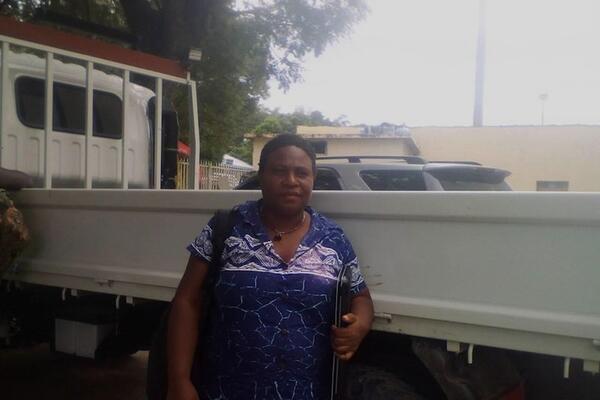 Coconut and cocoa are two of the main products in her area but they have not seen a boost from the millions of dollars that have been allocated to the constituency.
Source: womensmediasolomonislands.com
Share
Friday, 01 March 2019 07:06 AM

The Solomon Islands People’s First Party West Guadalcanal candidate Ms. Selina Berah wants to know where the millions of dollars spent in the area have gone.

“This is an important issue in my constituency that I have seen over the years and it needs to be addressed,” Mrs Berah said.

“Over the past years, where have all the millions of dollars gone to that have been streaming into the west Guadalcanal constituency? she asked

“There has not been any good development plan in the constituency against the huge amount of dollars that belong to it.”

Mrs Berah said that the people of West Guadalcanal need to be recognized in sustainable economic activities.

She could change West Guadalcanal into a constituency that could be an example for the country, she said.

She joined Solomon Islands People’s first Party (SIPFP) because its motto is ‘Leave No One Behind’.

She believes in empowering everyone especially those seldom heard such as women, youth, and children.

Coconut and cocoa are two of the main products in her area but they have not seen a boost from the millions of dollars that have been allocated to the constituency.

“Twenty years ago, West Guadalcanal was one of the suppliers that provided the highest number of cocoa beans in the Solomon Islands and because of that it contributed a lot to both the rural and national economy,” she said.

“Today there has been a very low output in cocoa production. It is time to encourage people to increase their production of cocoa beans,” Mrs Berah said.

“It is time for our good citizens to choose a good leadership for our country, Solomon Islands, and to realise the important issues that will help everybody in the constituencies.”