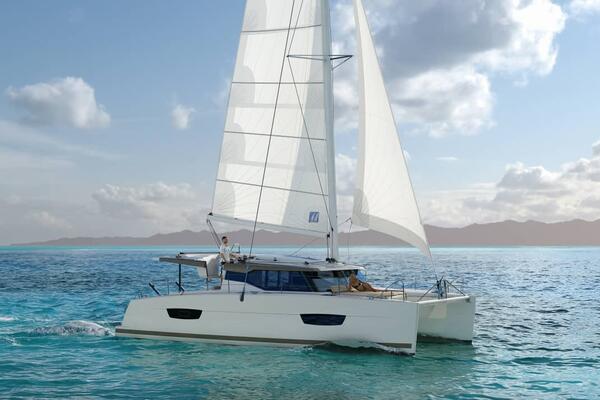 The yacht is similar in size and color to the one pictured.
Source: FILE: fleetmon.com
Share
Monday, 23 August 2021 12:15 PM

Provincial Police Commander (PPC) Makira-Ulawa Province, Superintendent Peter Sitai says, “Police received a report of a yacht anchored outside Ugi Island. The presence of the yacht is quite suspicious and I therefore warned my good people to stay out from interacting with the crews or going on board the yacht.”

PPC Sitai says, “The name of the yacht is VIVRE, white colour and had only one mast. There were two male foreigners sighted in the vessel. Police are now working closely with other agencies to deal with the issue.”

The vessel VIVRE is a Sailing vessel and currently sailing under the flag of French Polynesia.

The vessels movement, tracked with assistance from an online vessel position website, showed that VIVRE left Bora Bora, an Island in French Polynesia, on the 20th July 2021.

Its last known position recorded on the 7th of August 2021 was in Mata Utu, the capital city of Wallis and Futuna.

Since that date the vessel’s position was not updated and is currently unknown.

French Polynesia has seen a spike in Covid-19 infections recently, with 1412 new cases recorded as of Friday 20th August 2021 – while active cases exceed 7700.