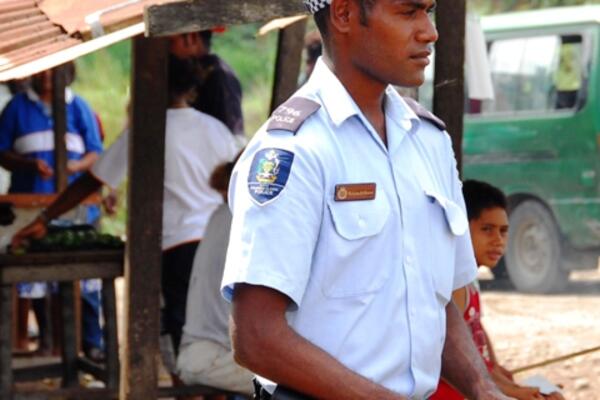 Police are appealing to those who may have further information to contact the police.
Source: Photo supplied
By Hilda Lavesi
Share
Monday, 10 November 2014 10:55 AM

One person has been detained over the attack on a young man at a fast food outlet in Honiara.

Witness accounts say that the young man was having lunch with two other friends when he was struck with a machete from the back.

The attack resulted in a deep laceration to his right arm, he was rushed to hospital where he is currently undergoing treatment.

Doctors at the hospital have confirmed that he is in a stable condition.

“The injury is a deep puncture wound, we have been able to stabilize the bleeding when he was brought in, and surgery has also been successful,” he says.

Police are appealing to those who may have further information to contact the police.

Relatives close to the young man say that the incident is quite possibly over disputed land at a logging site.