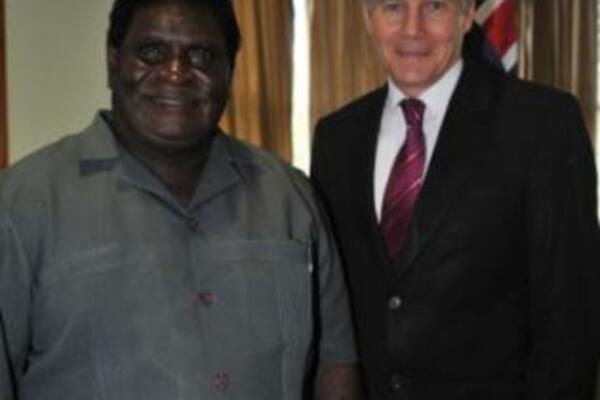 This was his first visit to the Solomon Islands as Minister for Defence.

He was accompanied by the Parliamentary Secretary for Defence, Senator the Hon David Feeney and the Chief of Army, Lieutenant General David Morrison.

He visited the HMAS Canberra memorial to lay a wreath in honour of the crew of HMAS Canberra I, which on 9 August 1942, was struck by the opening shots of the Battle of Savo Island and was damaged beyond repair. The Cruiser was evacuated and sunk in Iron Bottom Sound by two American destroyers.

He also laid a wreath at the US Memorial.

Since 2003, the Australian-led RAMSI has assisted the Solomon Islands Government in the maintenance of security, law and justice, economic governance and improving the machinery of government.

Fifteen regional countries contribute to RAMSI, which comprises approximately 550 civilian, police and military personnel. RAMSI includes around 350 Australians, some 160 of whom are police and 110 are civilian advisers.