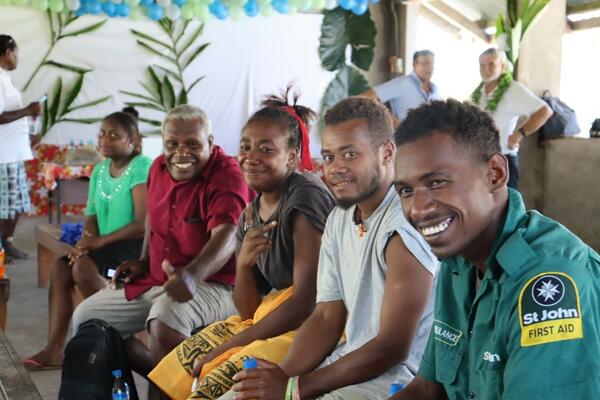 87% of respondents think the government is doing an excellent or good job of preventing the spread of COVID-19.
Source: SIG Portal
By Jimmy Nolan
Share
Tuesday, 24 August 2021 09:41 AM

A recent study conducted by the National Democratic Institution (NDI) says 87% of those interviewed think the government is doing an excellent job.

The same cannot be said for vaccine hesitancy, with those interviewed split on whether they will take the vaccine. Some say they do not know enough to make an informed decision, or don’t feel it is necessary to get vaccinated as the country is still COVID-19 free.

Widespread rumours and conspiracy theories on social media surrounding the vaccine has contributed to the high level of vaccine hesitancy, the report says.

Such conspiracy theories are also not coming in just from the “outside,” the local rumor mill is also hard at work, and is often centered on a person in authority, or someone working in the medical system – that supposedly leaked information through social media or passed it on through word-of-mouth.

Stories ranged from somebody collapsing after taking the vaccine and blood running down their nose, or a nurse who collapsed in hospital after receiving the vaccine. Religious folks are also spreading false stories, with some claiming that the vaccine is “the mark of the beast,” prophesied in the Book of Revelation.

The report says that the government’s target of 80% vaccination coverage by November 2021 will be a challenge, and says awareness is key to ensure that a clear message is going out to the public to dispel such rumours.

Mandatory vaccination will force some to get vaccinated, but those who hold strong religious beliefs that the vaccine is harmful will prove problematic. The report says religious leaders – some of the most trusted individuals in the country – need to dismiss rumours and endorse pro-vaccination messages, including by personal example.

With extracts from DevPolicy