Still Going Strong at the Age of 76 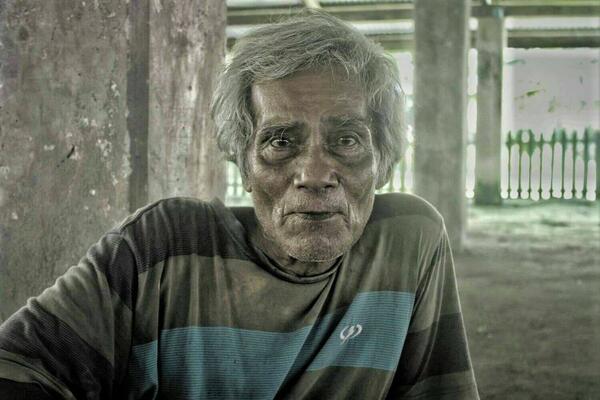 “I really loved the job, it gave me good income and also I was working with some very skillful people which I learn from,” Tentoa recalls.
Source: Jeremy Gwao
By Jeremy Gwao
Share
Friday, 23 October 2020 11:19 AM

Tentoa Amon is 76 years of age, he comes from Arariki village in Wagina, Choiseul Province.

He is still highly active, currently he looks after the telecommunication towers in Wagina. He also grows seaweed to supplement his income.

Tentoa holds a diploma in telecommunication, one of the first few local qualified technicians. He graduated from the Honiara Technical Institute in 1974.

The Honiara Technical Institute was opened in 1969 with five schools: Marine, Agriculture, Commerce, Survey and Draughting, and Trade. It was later amalgamated with the Solomon Islands College of Higher Education through an Act of Parliament in 1984.

Tentoa was fortunate in that there was a strong push for localisation of the work force prior to independence. By 1971 two hundred and thirty-nine (239) students were enrolled in electoral basic training, a basic building course, a full-time course in clerical work and a short course for coxswains were introduced.

After his graduation in 1974 Tentoa did voluntary work with communities from Wagina who have settled in Honiara. Tentoa had a short stint with the postal office before he managed to get a full-time job with the telecommunications company at the time. This was in 1982, and it was almost seven years after he graduated from the Honiara Technical Institute.

“I really loved the job, it gave me good income and also I was working with some very skillful people which I learn from,” Tentoa recalls.

After 18 years of service Tentoa decided to return to Wagina, not because he wanted to, but this was in 2002 the period when the ethnic tensions was at its peak.

When he got to Wagina he did not want to stay at home and do nothing. Tentoa took up seaweed farming, it started off slow but eventually made enough money to take care of his daily needs.

Tentoa was quite content with what he was doing, but in 2010 a team went to Wagina to install telecommunication towers. Tentoa says he was surprised when one of their supervisors approached him and asked him to join their team.

“I said yes straight away because I wanted to be part of something that bring communication to our Island,” said Tentoa as he shifted through papers, trying to complete his report.

“I was excited to take up the job since I was still well versed with all the technical part of the project.

He says that working from his home village makes it easy for him, and while some days could be demanding in terms of reporting requirements, he is just happy that he is able to help his people stay connected.

“I love my career as a telecommunication officer, this was a dream come true for me and I encourage everyone who believe in their dreams to keep pushing forward.

"Though I am quite old now I always believed in staying focused, this is what I always tell everyone, just stay focus whether big or small job.”