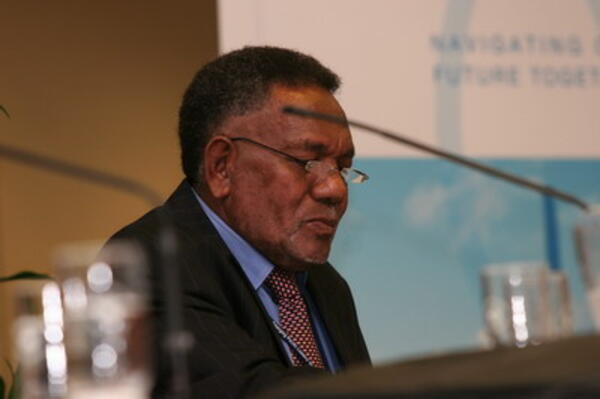 The body of the late Statesman, Sir Paul Joseph Tovua, KCMG, OBE, and CSI, one of the founding fathers of our Nation will be accorded ‘Official Funeral’ on Tuesday 9 February.

On Monday afternoon 8th February, the body of Late Sir Tovua will be transported from the mortuary at the National Referral Hospital to his residence at Don Bosco, where it will spend the night with families and relatives.

The Order of viewing of the body of the late Sir Paul Tovua while Laying In-State at the Parliament Chambers is as follows;

The Governor General Sir David Vunagi and Lady Vunagi, Prime Minister Hon. Manasseh Sogavare and Madam Sogavare, Speaker of the National Parliament, Hon. Patteson Oti and Mrs Oti will be the first to pay their last respect to the late leader.

Former Governor Generals, Prime Ministers and Speakers will follow as well as the Deputy Prime Minister Manasseh Maelanga. Leaders of the Parliamentary Opposition and Independent Groups will be right in line after Cabinet Ministers.

This will be followed closely by Members of Parliament, Members of the Diplomatic Corps, Constitutional Post Holders, Lord Mayor, Provincial Premiers, Heads of Churches and Executives of the Private Sector and Government Ministries.

From 11:30am to 1:30pm, members of the Public can show their last respect and bid farewell to this leader who left a legacy for our beloved nation.

The body will be escorted to the Holy Cross Cathedral for the funeral service, which is tentatively set for 2pm.