Stage is Set for Opening of 2019 Pacific Games in Apia 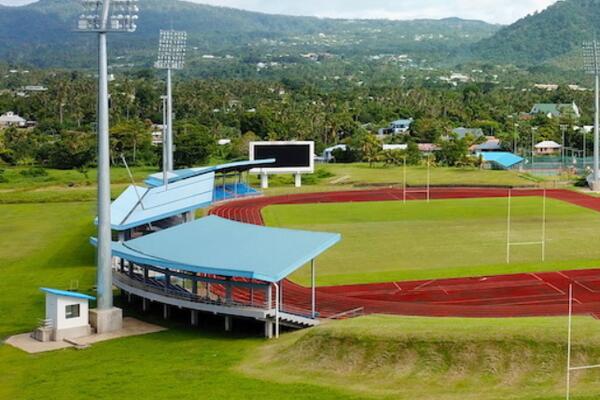 Apia Park Stadium is among the venues being used for the Samoa 2019 Pacific Games.
Source: insidethegames.biz
Share
Friday, 05 July 2019 10:07 AM

The stage is set for the opening ceremony of the 16th Pacific Games at the Apia Park Stadium in Samoa on Sunday.

The next two weeks will witness about 3,500 athletes from 23 nations and territories compete for medals across 28 sports.

Team Solomon Islands is sending a large contingent to the games, close to 300 athletes and officials.

It is understood five charters have been organized with the Solomon Airlines to fly the team over to Apia, Samoa. The first group left on Tuesday, with the final contingent set to depart tomorrow afternoon.

The Solomon Islands government has committed millions to support the team, and has acknowledged that it is a huge amount, but one that is important in building the country’s pride and national identity.

“Also, we will be the next host, we need to make a good showing, and also show to the region that we take such events seriously, one that brings together the people of the Pacific – it is more than just a game,” said an official at the Ministry of Home Affairs, responding to criticisms from the media.

“The theme of this years Games in Apia is one in spirit – that is the Pacific spirit, so that is why we are always ready to participate whatever the cost.”

This is the third time Samoa will host the Games, after previously hosting the event in 1983 and 2007.

Basketball three-on-three and women’s rugby league nines have been added and will feature for the first time at the Games.

Australia and New Zealand have been invited to take part in eight codes at the Games.