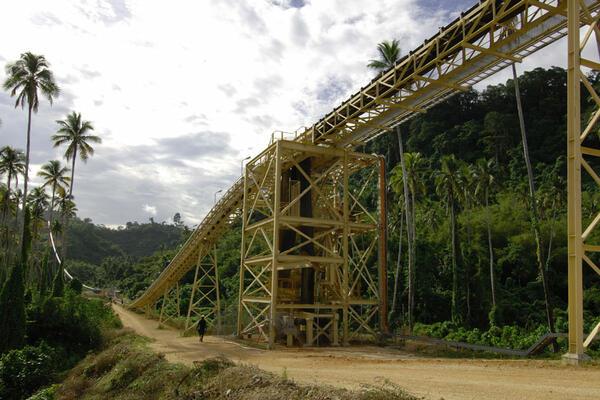 The company in February this year launched the review to evaluate "various options" for the assets, including continued ownership, exploration and development, possible joint ventures and divestment of some or all of its assets in the country.

St Barbara said on Monday that while a number of potential buyers had expressed interest in the Papua New Guinea assets, their level of interest did not meet the company’s assessment of the value of the assets.

Instead, the company has inked an option and farm-in agreement with gold miner Newcrest’s Papua New Guinea exploration arm, for copper/gold porphyry exploration on the tenements on nearby Tatau and Big Tabar Island, subject to the completion of conditions precedent.

The agreement gives Newcrest the option to earn a 75% joint venture interest on tenement holdings, and will require Newcrest to pay an initial $3-million in exploration fees over a two-year option period, conducting 4 000 m of diamond drilling.

The company can then earn a majority share in the project areas by spending a further $25-million in exploration and drilling 32,000 m of diamond drilling, over two stages ranging up to six years.

Under the agreement, St Barbara will manage the exploration during the initial earn-in period, and will retain the right over all oxide and sulphide material which is, or has the potential to be mill feed for existing oxide or the contemplated sulphide plant at Simberi.

In addition, St Barbara will spend between A$6-million and A$7-million in 2017 on its own exploration across the Tabar Island group, including Simberi.

MD and CEO Bob Vassie told shareholders on Monday that the strategic review had been rigorous, and that the company had tested each strategic option for the future of the Papua New Guinea assets.

“What we own in the Papua New Guinea would be difficult to replace in the current market. St Barbara’s diligent work over the last few years has successfully turned around the Simberi operation, which is now consistently generating good cash flows.

“The prospectivity of the region, and the potential for exploration discovery on the Tabar Island group is demonstrated by the significant option and farm-in agreements with Newcrest.”

Vassie said that the gold miner’s focus was on continuing exploration work to extend the oxide mine life at Simberi, improve the sulphide opportunity, maximise the value from exploration interest, and work with Newcrest to achieve success from the joint exploration.