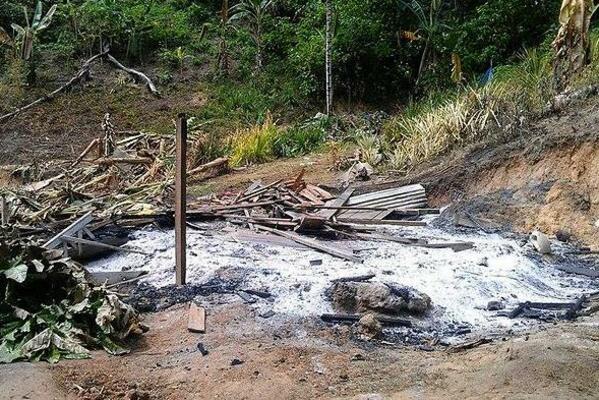 About 100 people have fled a squatter camp in Independence Valley in Solomon Islands capital after a number of houses were burnt by a mob.

The incident coincides with the expected release of a review of the 10-year long, Australian-led peacekeeping mission in the Solomon Islands, after the withdrawal of troops last year.

Local resident Paul Takiika says the incident started when a young man insulted the representatives from the company that owns the block of land.

“They burnt down the houses in the evening of Monday when it became dark,” he said.

Mr Takiika says a group of between 10 and 20 men burnt three houses and issued ultimatums for the squatters to leave the area.

“We are very scared,” he said. “We agreed to move out of the valley to make sure we are safe.”

SBS has contacted Hatanga Limited, but has not received a response.

Mr Takiika says the squatters are investigating how the company was given title over the large block of land in the capital in 2000.

The directors of the company include Alex Bartlett, a former member of parliament who led the Malaitan Eagle Force, one of the militant groups at the centre of the ethnic tensions.

The 2008 court case found him not guilty of unlawfully burning buildings on the same block of land during the height of the ethnic tensions in 2000.

Mr Takiika says some Malaitans have been trying to calm the situation.

“People from Malaita sympathise about the situation," he said. "They tried to approach the company representatives to find ways to settle this."