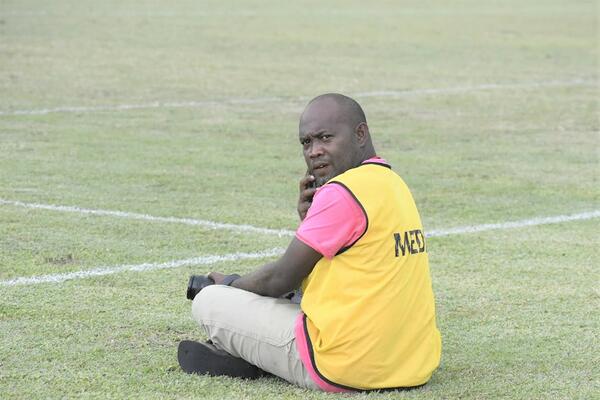 The Sports Journalists Association of Solomon Islands (SJASI) welcomes the announcement of the Prime Minister’s Media Scholarship Award for 2021.

Prime Minister Hon Manasseh Sogavare made the announcement as guest of honour at an official reception on Monday 3rd May to mark World Press Freedom Day.

SJASI Board Member and long-time Solomon Star Sports Journalist, Mr. Carlos Aruafu is the recipient of the PM’s Media Scholarship Award which is awarded to reporters who demonstrated excellence in their craft to undertake Journalism studies at a tertiary institution in the country or abroad.

As the Association recently launched to represent local Sports Journalists, SJASI welcomes the opportunity for one of its members to further his tertiary studies as often sports media is not always given priority when it comes to training needs.

Mr. Aruafu’s passion and commitment to Sports Journalism in the country is to be commended having spent the past decade as the leading daily’s sole Sports Reporter.

“Lack of training for local media workers also poses a major challenge for the industry, as such, we congratulate Mr. Aruafu on this well-deserved Award and wish him all the best on his upcoming studies.

“This Award could not have come at a better time as SJASI begins to map out its plans to develop the capacity of our local Sports Journalists in preparation for the 2023 Pacific Games,” SJASI Chairman, Mr. Philip Lilomo, said.

The SJASI Chair also acknowledged current Prime Minister Hon Sogavare who initiated this Media Award back in 2015 which ensures a steady stream of Journalism graduates enter the workforce and also his Press Secretariat for facilitating this Award.

“With this, the onus now is on our young, potential, and upcoming Journalists currently working within our various media organisations to prove their worth.

“This is an opportunity for those who want to make a difference in our media industry,” Mr. Lilomo said.

SJASI also wishes to thank the Media Association of Solomon Islands (MASI) for endorsing Mr. Aruafu as this year’s recipient.

Previous recipients were Georgina Maka’a, Charlie Piringi and Ben Bilua, all of whom have now returned with University Degrees in Journalism and are now working in the local mainstream media.