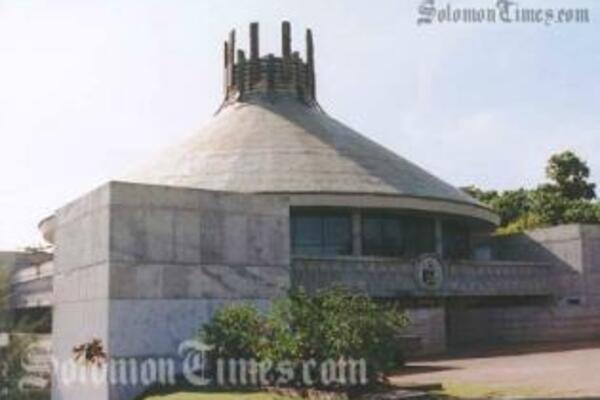 Mr Keniapasia says Dr Fraenkel has made a big academia over-generalization that has "no regard for the problems that people on the ground saw and experience firsthand."
Source: STO Archives
Share
Thursday, 16 April 2009 09:02 AM


Mr Keniapasia says Dr Fraenkel has made a big academia over-generalization that has "no regard for the problems that people on the ground saw and experience firsthand."

He says the reforms will help to solve the practical problematic areas that have contributed to long standing political instability in the Solomon Islands executive arm of government for the past 30 years.

Mr Keniapasia says the reforms, be it through a constitutional amendment or the P-P-I bill will go a long way to address the problems associated with a general lack of stability, integrity and development of political parties.

On comments that the reforms may fail before the courts or become overwhelmed by the administrative work that will be required, Mr Keniapasia says that those people who conducted the research and analysis "have had firsthand experience with constitutional issues and crisis before the courts."

Mr Keniapasia says it is not true for Dr Fraenkel to suggest the reforms would help an unpopular prime minister hold on to power.

Instead, he says the reforms aim to take the removal of a prime minister from the hands of individual members and rests it on political parties.