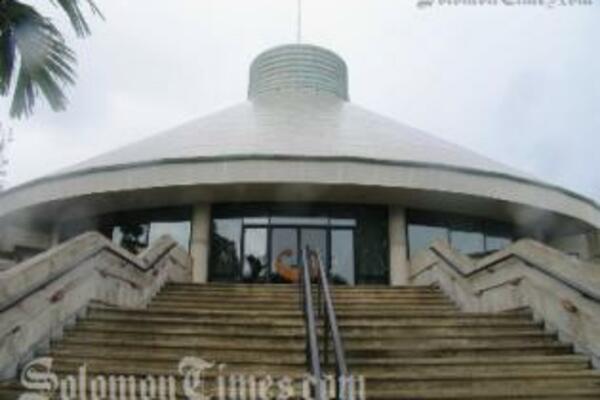 Solomon Islands will have a new Speaker of Parliament today.

Four candidates were nominated for the Speaker to National Parliament elections.

Clerk to Parliament, Taeasi Sanga confirmed the nominations and their nominees to SIBC News yesterday.

The Clerk's Office has also received nominations for the Deputy Speaker elections which will follow straight after the Speaker's elections. It is understood the former Prime Minister, Dr Derek Sikua, is one of those nominated.

The Speaker is perhaps best known as the person who keeps order and calls MPs to speak during debates. Ideally, Speakers must be politically impartial. Therefore, on election the new Speaker must resign from their political party and remain separate from political issues even in retirement.