Speaker to Decide on Motion 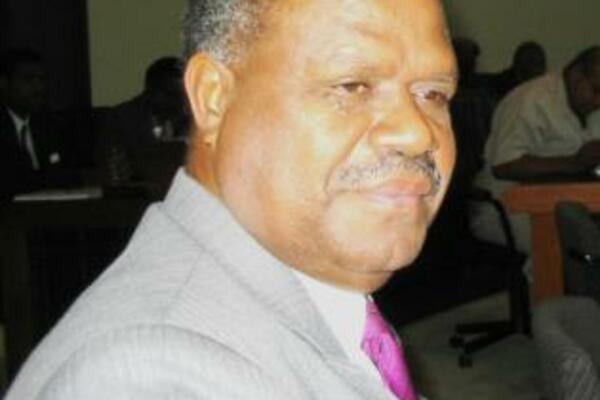 Opposition Leader Steve Abana has called on the Speaker to call parliament to test the numbers of the government on the floor of parliament.
Source: STO
Share
Friday, 11 February 2011 08:01 AM

Speaker of Parliament, Sir Allan Kemakeza is now pressured to act on the recently filed no-confidence motion against the Prime Minister Danny Philip.

Opposition Leader Steve Abana has called on the Speaker to call parliament to test the numbers of the government on the floor of parliament.

The Opposition's latest call follows the Governor General's response to the petition lodged last Saturday, "that his office plays no role to invoke the principal of majority rule under Section 34 of the Constitution and that only the Speaker of Parliament can."

Sir Frank said that the motion of no confidence under Section 34 is a constitutional mandate to the Speaker based on the people's constitutional right through their MPs to uphold the principle of majority rule on the floor of parliament.

He adds that once the motion is notified to the Speaker, the Speaker is duty bound to ensure that the principle of majority rule is tested on the floor of parliament as soon as possible.

The Governor General says this is the only way to ensure that majority rule is maintained on the floor of parliament and democracy is respected in Solomon Islands.

Meanwhile, Speaker of Parliament Sir Allan Kemakeza today said he will not comment on the matter until he officially receives the outcome of the meeting between Prime Minister Danny Phillip and the Governor General, Sir Frank Kabui.