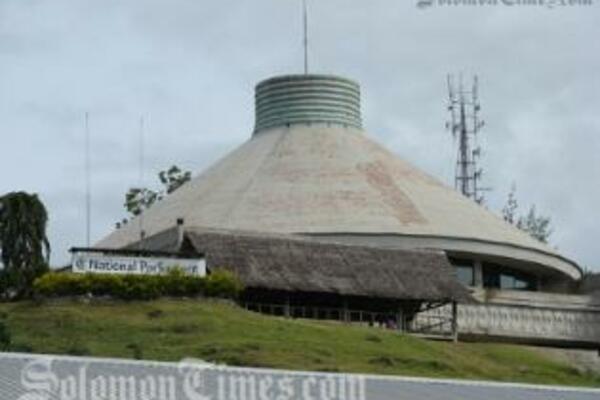 Sir Peter said that the current Parliament has also passed a record number of bills, totaling 39.
Share
Monday, 26 April 2010 11:10 AM

Speaker of Parliament, Sir Peter Kenilorea, has paid tribute to the outgoing members of the Eight Parliament of Solomon Islands for what he calls "mending the broken pieces of the Happy Isles."

Addressing former MPs and guests at a function to mark the end of Parliament on Saturday night, Sir Peter thanked the former MPs for their dedication and perseverance.

"The Eighth Parliament has led dramatic transformation in our nation. Working together, this Parliament has done extremely well - considering challenges that we have faced. We have set new benchmarks, not only in Solomon Islands but in the region as a whole," Sir Peter said.

He said the Eighth Parliament has also made history, some of which may appear trivial, such as sitting up until the early hours of Saturday recently.

Sir Peter said that the current Parliament has also passed a record number of bills, totaling 39.

He told Prime Minister Dr Derek Sikua to take comfort in the achievement, despite having faced defeat for one of his government's important bills.

Sir Peter thanked RAMSI and the country's development partners for helping Solomon Islands to mend the broken pieces of the Happy Isles.

"Recognizing the transformation this Parliament brought about, we make tonight a theme - the eight parliament, mending the broken pieces, we are not referring to the government, but to the nation," Sir Peter said.

"It was broken into fragments during the ethnic tension, and while the seventh parliament managed to keep us from falling all together, it fell on this parliament to lead the rehabilitation of the nation, with the help of RAMSI and donors."

Sir Peter also thanked staff of the National Parliament Office for always making sure Parliament had achieved its business.