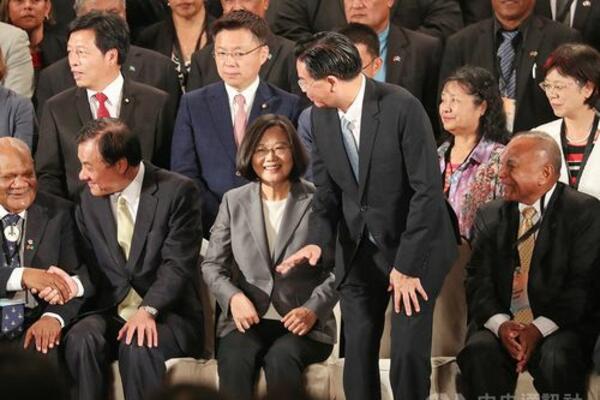 Speaker of Parliament, Patteson Oti, is currently in Taiwan at the invitation of the Taiwanese government to attend the annual gathering of the Asia-Pacific Parliamentarians' Union (APPU).

The meeting was formally opened in Taipei yesterday, chaired by Taiwan's Legislative Speaker Su Jia-chyuan, with President of Taiwan Tsai Ing-wen in attendance as special guest.

Over 100 dignitaries from 17 countries are attending the event, 48 of whom are legislators in their respective countries.

An official from Taiwan’s Ministry of Foreign Affairs says that the delegation from Solomon Islands is “a positive sign amid doubts that the island state might shift its diplomatic allegiance from Taipei to Beijing.”

"This signals friendly relations between Taiwan and the Solomon Islands," the official said.

A taskforce appointed by the Sogavare led government recently visited four Pacific states that have diplomatic ties with Beijing from June 25 to July 20 -- Vanuatu, Fiji, Tonga and Samoa, to assess the impact of Chinese aid.

Taipei has stated earlier that Beijing has been luring Taiwan's diplomatic allies with promised infrastructure and business opportunities under its "Belt and Road" initiative.

The MOFA official said Taiwanese diplomats in the island state are still able to meet and communicate with high-level officials regularly, including Prime Minister Manasseh Sogavare, hinting that this is another indication of a stable relationship between the two allies.

"Taiwan will seek to join hands with like-minded countries to help the Solomon Islands and other diplomatic allies with more sustainable cooperation projects," he stressed.

The MOFA official emphasized that Taiwan still enjoys majority support in the Solomon Islands. He also described the ally's re-assessment of diplomatic ties with Taiwan as a democratic process in response to the clamour of pro-Beijing politicians there.