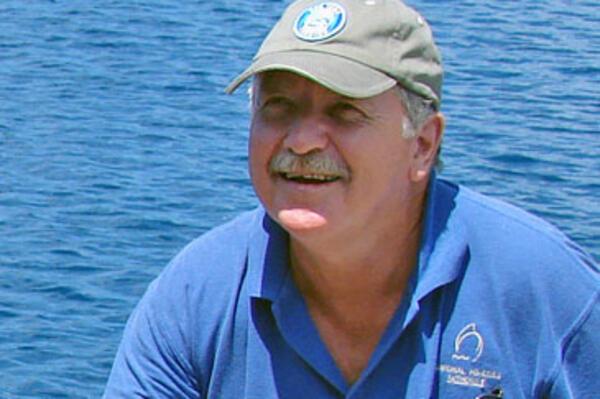 The tuna tagging experiments conducted by SPC’s Oceanic Fisheries Programme (OFP) are acknowledged to be among the most comprehensive in the world and have recently achieved yet another milestone.

After four decades of involvement in Pacific Island tuna fisheries, Dr Antony Lewis recently achieved the mark of 100,000 tuna tagged by an individual, which is a world record unlikely ever to be surpassed. The milestone was achieved during a recent tagging cruise in Papua New Guinea (PNG) waters operating under the Pacific Tuna Tagging Project (PTTP) in collaboration with the PNG National Fisheries Authority. Dr Lewis started tagging tuna in the early 1970s, but it was during the SPC’s Skipjack Survey and Assessment Programme (SSAP) of the late 1970s when the numbers of tagged tuna started to accumulate. In the late 1980s and early 1990s, as head of the OFP, Dr Lewis was responsible for the Regional Tuna Tagging Project and was recruited as technical advisor for the more recent PTTP, which started in 2006.

Tuna are highly-migratory fish, which make it very difficult to assess and monitor the health of their stocks. Approximately 60% of global tuna are caught in the Western and Central Pacific Ocean, and most of this catch comes from the waters of SPC-member countries. Tagging experiments are considered to be the only reliable means of obtaining some of the key information (such as movement and growth) required to conduct tuna stock assessments. SPC has been conducting large-scale tagging experiments for nearly four decades throughout the Pacific Islands.