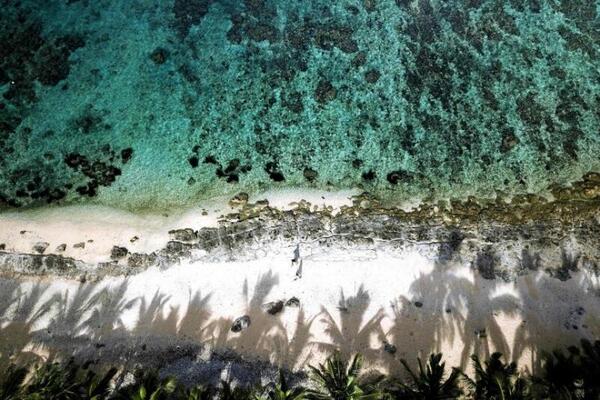 The loss of tourists has taken a heavy economic toll, prompting some territories to try to find safe ways to allow visitors to return.
Source: The Straits Times
By Jonathan Pearlman, The Straits Times In Sydney
Share
Thursday, 28 January 2021 09:09 AM

When the head of Twitter, Mr. Jack Dorsey, recently made his fateful decision to ban former United States president Donald Trump from the social media platform, he did so from an island in French Polynesia, thousands of kilometres from Washington or Silicon Valley.

Mr Dorsey, who was reportedly holidaying on the island, is not the only billionaire to have headed to the remote South Pacific during the coronavirus pandemic.

The region includes some of the only territories to have recorded zero cases of Covid-19, and most of the islands have been wary of allowing visitors to enter. They are highly vulnerable to disease outbreaks due to their relatively weak health systems, as well as difficulties in providing medical support to remote, inaccessible islands that can have limited communication and transport infrastructure.

But the loss of tourists has taken a heavy economic toll, prompting some territories to try to find safe ways to allow visitors to return.

French Polynesia, for instance, allows visitors as long as they have a negative Covid-19 test before they arrive and then complete a test within four days of arriving.

Fiji, where the tourism sector accounts for some 30 per cent of the economy, has targeted wealthy tourists, including via its "Blue Lanes" scheme that allows yachts and pleasure craft to enter. Those aboard must take a Covid-19 test and can enter the country if they have been at sea without contact with others for 14 days. Otherwise, they can quarantine for 14 days on their boat or at a local hotel.

So far, at least 95 boats have entered Fiji under the scheme.

These visitors reportedly include Google co-founder Larry Page, who, according to the Australian Financial Review, has a A$45 million (S$46 million) super yacht based in Fiji. Others have been allowed in on private jets as long as they quarantine. The government has said this is part of efforts to shift "focus away from mass tourism to more niche, high-spending travellers".

A recent World Bank report warned that tourism-dependent nations in the Pacific are facing economic contractions. Most have introduced quarantine of 14 or 28 days for visitors, the report said.

The islands are now seeking new ways to rescue their tourism sectors, such as via "travel bubbles" with Australia and New Zealand.

New Zealand has created a travel bubble with the Cook Islands, though it is one-way only.

Australia's Federal Minister for Health Greg Hunt had said he supported a travel bubble but would not commit to a timeframe.