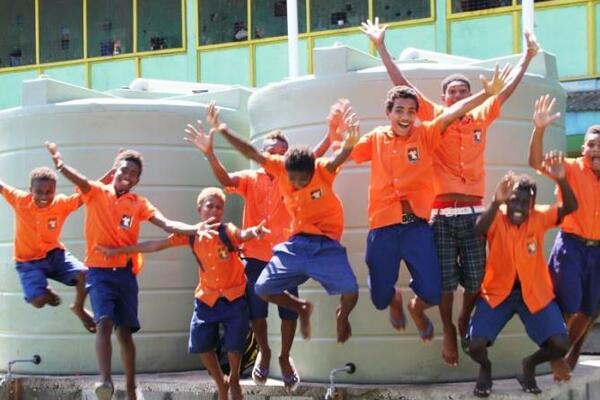 Water tanks to St. Joseph's Tenaru school are one of the many examples of Australia's Direct Aid Program.
Source: solomonislands.embassy.gov.au
Share
Friday, 15 May 2015 08:06 AM

Solomon Islands will remain the third largest recipient of Australian aid globally according to the Australian Government 2015-16 Budget, delivered this week.

Australian High Commissioner Andrew Byrne has confirmed that despite a reduction in Australia’s global aid budget, the budget for Solomon Islands will remain unchanged at A$92.7 million this coming year.

Australia’s total Official Development Assistance (ODA) commitment to Solomon Islands in 2015-16 is expected to be approximately $176.7 million which includes Australia’s support for RAMSI as well as bilateral development assistance and funding through regional and global programs.

Globally, Australia will provide an estimated $4.052 billion in ODA in 2015-16, with more than 90 per cent being delivered in the Indo Pacific region. Australian ODA will be delivered in accordance with the Australian Government’s aid policy released in June 2014 – Australian aid: Promoting prosperity, reducing poverty, enhancing stability.