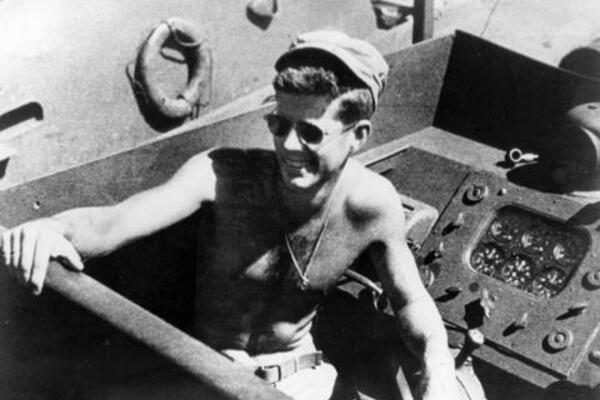 The weekend will see a high-level US delegation travel to the Solomon Islands to mark the 80th anniversary of the World War II Battle of Guadalcanal.

Deputy Secretary of State Wendy Sherman and other senior diplomats and military leaders will visit Honiara from August 6-8 and attend memorial events organized with Japan.

The visitors will include Caroline Kennedy, the US ambassador to Australia, whose father, late president John F. Kennedy, was famously wounded in the Solomon Islands in a Japanese attack at sea in the wake of the decisive battle.

JFK's boat, the PT109, in August 1943, was rammed and sunk by the Japanese destroyer Amagiri. JFK and his crew then swam to what is now known as the Kennedy Island to hide and were rescued later by locals.

"The 80th Anniversary events will recognize the service and sacrifice of those who fought in the Battle of Guadalcanal, including US and Allied forces, the people of Solomon Islands and the people of Japan," a State Department statement said.

It said the US delegation will also "highlight the enduring relationship between the United States and Solomon Islands," including the recent decision to reopen a US embassy in Honiara.

The Solomon Islands visit would also be of personal interest to both women as like Ms. Kennedy, Ms. Sherman's father, Mal Sherman, was also a Marine wounded at the Battle of Guadalcanal.

The six-month Guadalcanal battle marked the start of U.S.-led offensive operations in the Pacific, showing the strategic importance of the Solomons that endures today.

In Honiara, Sherman will deliver remarks at a U.S.-organized ceremony on Skyline Ridge, site of the U.S. Guadalcanal Memorial, as well as at a Solomon Islands-hosted memorial at Bloody Ridge. She also will attend memorial events organized by the Solomon Islands and Japan, now a close U.S. ally.