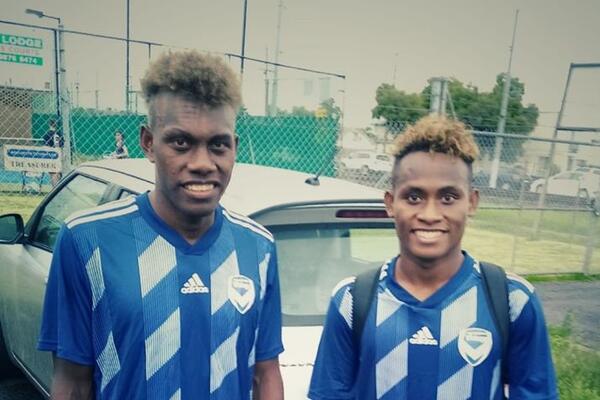 The Solomon Islands duo Raphael Lea’i and Leon Kofana have landed in Australia for a trial with the academy of A-League side Melbourne Victory.

The trial will last two weeks, Victory’s General Manager for the Academy Drew Sherman confirmed to Football in Oceania.

“They’ll be in with us for two weeks and we will have to see how they get on, and assess our options from there,” he told Football in Oceania.

Sherman was interested in Lea’i back when he was the Technical Director at Brisbane Roar and the interest has not dampened with the attacker’s recent performances in the S-League and Oceania Champions League.

“We’ve kept tabs on Raphael and Leon for a couple of seasons, since the U17 Qualifiers. And have now the chance to bring them over for a training period with our U21 team after the O-League commitments have finished,” Sherman told Football in Oceania.

The trial was made possible through Basi Football Agent Group which run by Australian based Solomon Islander Keith Sanga.

The two Henderson Eels players have already had their first training with the Australian side. Football in Oceania wishes both the best of luck.