Solomon Islands Welcomes US Announcement to Re-open Embassy in Honiara 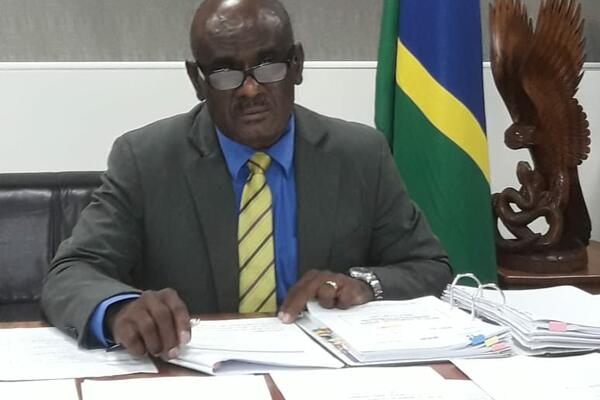 The Minister of Foreign Affairs & External Trade, Hon. Jeremiah Manele welcome the announcement made by the US Secretary of State, Antony John Blinken, to re-establish the US Embassy in Honiara.

The announcement was made by Secretary Blinken during the US–Pacific Island Leaders Meeting held on Saturday 12th February 2022.

Foreign Minister Manele assured Secretary Blinken that the Government stands ready to work with US diplomats to make this happen.

During the meeting, Minister Manele use the opportunity to acknowledge the bilateral assistance provided by US in the country.

On COVID-19 response, Minister Manele acknowledge the support provided by the US through the COVAX facility for the delivery of Pfizer vaccines last year and for additional Pfizer and Johnson & Johnson vaccines that will be delivered in the coming months.

On Climate Change, Minister Manele reiterated that climate change remains the single greatest threat facing the region and the current low ambition under the Paris Agreement creates an uncertain future for Pacific Islands.

In that regard, Solomon Islands looks to United States for leadership and those with resources to take more ambitious climate action, contribute generously to Green Climate Fund and honour the annual 100-billion-dollar pledge.

Foreign Minister further acknowledged the support by US Government through MCC Threshold programme with a commitment of USD20 million, signed on 27 of January this year, and the USAID-Scale programme.

Minister Manele reaffirm the government’s support and look forward to deepen its bilateral cooperation and engagement with the US and also look forward for the expansion of USAID programme across the country.

On the issue of UXOs, Foreign Minister also highlighted the development impediments associated with it and stated, while, Solomon Islands values US support over the years to address unexploded ordinances, Solomon Islands would like to keep collaborating with US on this issue.

On people to people connection, Minister Manele, stated that Solomon Islands looks forward to welcoming the Peace Corps again to Solomon Islands, since the programme ceased operating in 2002.

The Solomon Islands Government hopes the Agreement that facilitates the resumption of the programme can be concluded soon.

Pacific Leaders acknowledge the support rendered by the US over the years and look forward to strengthen their cooperation and collaboration with US to address common issues and challenges faced by the region.