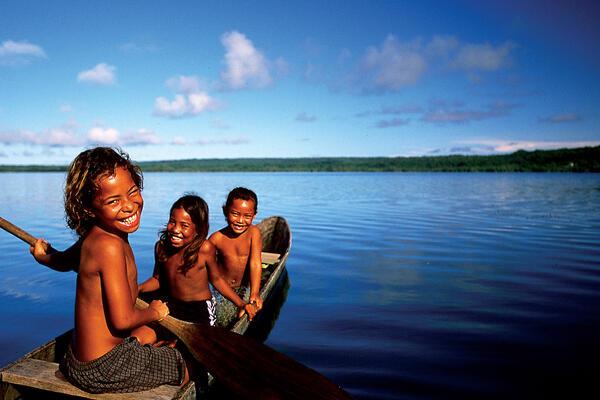 Honiara, Solomon Islands – International visitation to Solomon Islands in May 2015 has once again exceeded all expectations with numbers for the month increasing by close on 15 per cent.

Figures released this week by the Solomon Islands Visitors Bureau show arrivals for May 2015 reached 1681, an increase of 14.9 per cent over the 1462 total achieved for the same period in 2014.

SIVB CEO, Josefa ‘Jo’ Tuamoto said the May increase was a major “thumbs up” for the combined effort the NTO, national airline and local tourism industry have gone to in the last two years to push the Solomon Islands well into the international travel spotlight.

The May figures follow what he described as an amazing result in April when 1750 international visitors were recorded for the month, a 15.5 per cent increase over the 1514 tally recorded for April last year.

Australian arrivals continuing to dominate the statistics, contributing close on 47 per cent of all visitation followed by Fiji, Papua New Guinea, the US and New Zealand.

The SIVB CEO said the strong April and May results could directly attributed to a strong marketing effort initiated into the last quarter of 2014 and across the first three months of 2015.

This, he said, had been followed up in May and June with road shows in both Australia and New Zealand in combination with Solomon Airlines and local industry representatives.

“2014 proved a tough year for the Solomon Islands – the Honiara floods in April followed by the prolonged Fiji-Solomon Islands air impasse had a major effect on our visitation,” Mr Tuamoto said.

“But it also gave us the opportunity to consolidate our position, look at where we wanted to go and start building the platform we needed to build in order to begin boosting the country’s tourism fortunes.

“We hope to emulate the April/May performance in coming months, particularly in Australia and New Zealand, on the back of the road shows and supportive promotional activity.

“The reality is we need to keep our feet firmly planted on the ground - key to everything is looking at the ways the Solomon Islands combined tourism industry, with continued government support, can continue to improve and build upon these solid results.”