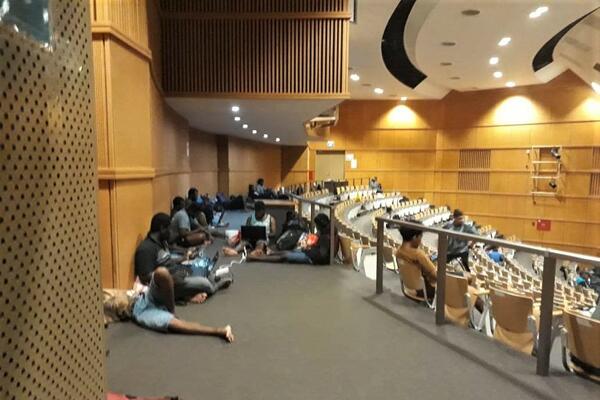 Solomon Islands students at the University of South Pacific (USP) Laucala campus have been moved to an evacuation center in preparation for Cyclone Yasa.

“The girls are the first to be evacuated. They were moved to the ICT building yesterday. All of us remaining students are being moved today”, Bilua says.

He says there are more than 20 Solomon Islands students among the group of evacuees. He says students residing in the married quarters have been evacuated as well including their families.

“USP’s disaster preparedness plan is very good. I want to assure our families back home that our institution is making sure our safety is number one priority”, Bilua says.

“The Solomon Islands Students Association (SISA) have been very supportive as well and all are doing their best to ensure we are safe”, Bilua says.

Severe cyclone Yasa is anticipated to cause mayhem on Fiji with warnings that the storm could bog the entire islands.

Cyclone Yasa, a category 5 cyclone, is heading straight for Fiji with sustained wind speeds of 260km per hour.

“Right now, the winds are starting to intensify. We are expecting the cyclone to hit this afternoon”, Bilua says.

He called on parents and guardians in Honiara to remain calm as the authorities are ensuring that the students safety are a number one priority.

“Just pray for us that all will be well. The students have been very cooperative and have been following instructions since yesterday. We have food supplies of biscuits and we are bracing ourselves for Yasa”.

Fiji NDMO has recently announced Fiji as in a state of natural disaster.

“Fiji has declared Tropical Cyclone Yasa as a state of natural disaster for the next 30 days which will be bringing with it some more regulations”, Fiji NDMO announced.

As of 4.30pm Thursday 17th December, there is a nationwide curfew over the country until 6am Friday 18th December.