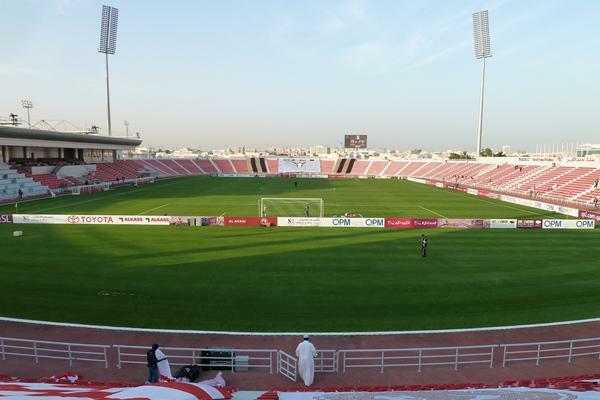 “It’s an important game and we have to get the three points and we need to work really hard to try to accomplish that,” Solomon Islands coach Felipe said.
Source: footballtripper.com
Share
Thursday, 17 March 2022 09:51 AM

The Grand Hamad Stadium is set to host a historic first-ever Oceania qualifier outside of the Oceania region as Solomon Islands and Cook Islands get the FIFA World Cup 2022 Oceania qualifiers underway in the Group A opener on Thursday local time in Doha, Qatar.

Solomon Islands, ranked second in the region are favourites against the Cook Islands. The last time the two teams met were in the Oceania World Cup qualifiers in 2001 and 2004, both times in favour of Solomon Islands.

However, Solomon Islands coach said it’s uncharted water for his team since he doesn’t know much about Cook Islands ahead of the encounter. The Spaniard insists that Solomon Islands respects their opponent and will treat the match as if they are playing against the top nations in Oceania.

Considering how tough it is to progress into the latter stages of the competition, Felipe urged his players to work harder to get a crucial three points in the opener.

“For me, I am going to treat them the same as New Zealand. I told this to the team, we have to be respectful to all the teams, unfortunately we couldn’t watch any filming but the game is the same if we play New Zealand, Fiji or New Caledonia.

“It’s an important game and we have to get the three points and we need to work really hard to try to accomplish that,” he said.

The Spaniard added that getting a positive result in a tournament-opening match is vital for the national team to build confidence heading into the next two group matches against Vanuatu and Tahiti.

“We need to get the three points in the first game that would be good for the young boys, for the team to get some confidence for the next match. Three strong teams how I see it. It’s not just two strong teams.

“So, like I said it’s extremely important to get the first three points to get some confidence for the next match. We only have two days’ rest between Cook Islands and Vanuatu. It’s important not to get any injury and we have treated all the three games the same,” Felipe added.

His opposite number, Alan Taylor the Cook Islands coach said his team have a game plan to approach the game against Solomon Islands knowing full well the quality of the Melanesians.

Taylor knows what it is like to play against Solomon Islands as he was the coach of Cook Islands 20 years ago when in a 9-1 thrashing in the FIFA World Cup 2002 Oceania qualifiers in Australia.

“From history, I have played against the Solomons since I’ve coached in the past. So, I know what to expect in terms of their technical ability, in terms of their strengths, their conditioning, their pace,” he said.

“So, I’m expecting similar, something sort of fast attacking football but we got a plan for this and I think we will cope with it. Well obviously, a very good side and well-coached”.