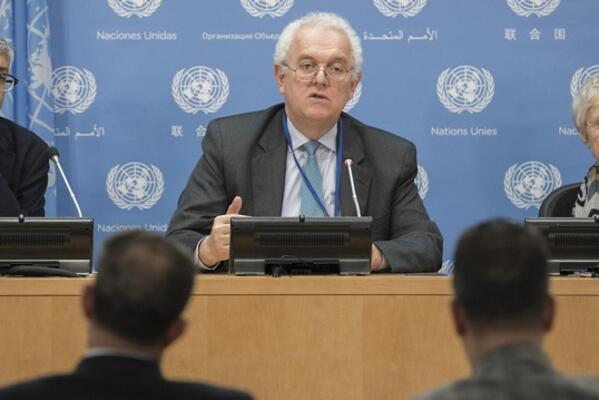 Four countries could soon “graduate” from the ranks of the world’s poorest and most vulnerable nations, a United Nations expert committee announced.

Bhutan, Kiribati, Sao Tome and Principe and the Solomon Islands have increased national earning power and improved access to health care and education, making them eligible to exit the group of least developed countries (LDCs).

“This is an historic occasion,” said Jose Antonio Ocampo, chair of the Committee for Development Policy (CDP), noting that only five countries have graduated since the UN established the LDC category in 1971.

Countries must meet two of the three criteria at two consecutive triennial reviews of the CDP to be considered for graduation.

The Committee will send its recommendations to the UN Economic and Social Council (ECOSOC) for endorsement, which will then refer its decision to the UN General Assembly.

For CDP member Diane Elson, a professor at the University of Essex in the United Kingdom, Thursday’s announcement was good news for millions of women in rural areas.

She pointed out that the latest session of the UN Commission on the Status of Women (CSW), currently under way in New York, is discussing the challenges facing this population.

However, Ms. Elson stressed that the countries will need continued international support because they remain vulnerable to external shocks, including the impact of climate change.

Mr. Ocampo said this vulnerability is particularly evident in Pacific Island states such as Kiribati.

Globally, there are 47 LDCs, according to the UN Office of the High Representative for the Least Developed Countries, Landlocked Developing Countries and Small Island Developing States.

The majority, 33, are in Africa, while 13 can be found in the Asia-Pacific region, and one is in Latin America.

In the 47 years of the LDC category’s existence, only five countries have graduated (Botswana, Cabo Verde, Equatorial Guinea, Maldives and Samoa)

The CDP said two more countries, Vanuatu and Angola, are scheduled for graduation over the next three years.

Nepal and Timor-Leste also met the criteria but were not recommended for graduation at this time, due to economic and political challenges.

That decision will be deferred to the next CDP triennial review in 2021, according to Mr. Ocampo.

Bangladesh, Lao People’s Democratic Republic and Myanmar met the graduation criteria for the first time but would need to do so for a second time to be eligible for consideration.