Solomon Islands Ready for Next Big Step in Tourism 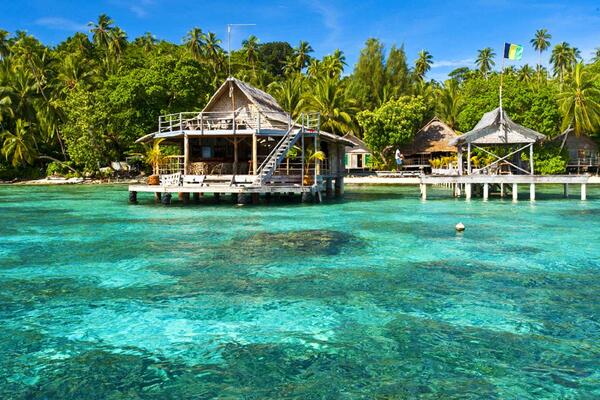 “The reality here is that for the first time the Solomon Islands government is serious about tourism and has committed major resources into the sector,” said Mr Tuamoto.
Source: SIVB
Share
Friday, 19 June 2015 07:18 AM

Funded by the South Pacific Tourism Organisation and the European Union, the strategy sets out the Solomon Islands government’s commitment to developing the country into a unique tourist destination within the five year timeframe, a key tenet of which is to increase tourism sector development and encourage international visitor growth.

However, the Prime Minister cautioned that even with relatively modest growth at the levels proposed in the SINTDS – a nine per cent growth within the next five years – achieving targets will require sustained commitment to the strategy backed by strong leadership, increased investment and additional government and donor resourcing.

Solomon Islands Visitors Bureau CEO, Josefa ‘Jo’ Tuamoto has played a key role in helping shape the SINTDS in tandem with his Department of Tourism counterparts headed by Director of Tourism, Barney Sivoro.

Speaking from Melbourne where he is attending the 2015 South Pacific Tourism Exchange (SPTE), Mr Tuamoto agreed that compared to other neighbouring destinations’ visitor arrival aspirations, the nine per cent target might seem modest.

“The reality here is that for the first time the Solomon Islands government is serious about tourism and has committed major resources into the sector,” he said.

“Given the Solomon Islands’ traditional sources of wealth are now well into ‘sunset’ mode, tourism growth has become a priority area for the economic and social well-being of the country,” he said.

“For us as industry players, having the government make this major commitment to tourism tells us where we want to go.

“You can achieve almost any goal if you plan your steps wisely and establish a time frame that allows you to carry out those steps.

“The SINTDS has been extremely well researched with key drivers identified. It is now time for the Solomon Islands to take the next step and make those aspirations a reality.”