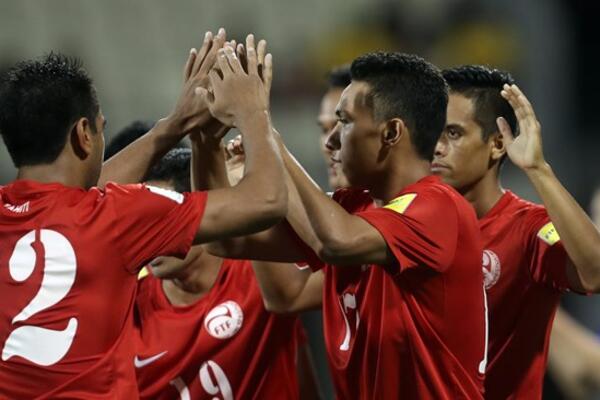 Tahiti have made a winning start to the third stage of OFC’s 2018 FIFA World Cup Russia qualifiers by eking out a narrow 1-0 victory over Solomon Islands.

Tauhiti Keck's 53rd-minute free-kick proved decisive at Pirae’s Stade Pater Papeete as the Tahitians claimed an early foothold in this penultimate round of Oceanian preliminaries.

The midfielder’s effort, a cross-cum-shot from a wide position that eluded everyone before sneaking in at the far post, gave the hosts a hard-fought victory and continued their unbeaten run from May and June’s OFC Nations Cup.

The Solomons, for their part, will not have to wait long for revenge. The return meeting takes place in just six days time, with Fiji, New Caledonia, New Zealand and Papua New Guinea all still to begin their third-stage campaigns.

This phase of qualifying in Oceania involves two groups of three meeting in a round-robin format, with the two group winners advancing to a single home-and-away series. The team left standing after that will then advance to an intercontinental play-off against the fifth-placed side in the South American zone.