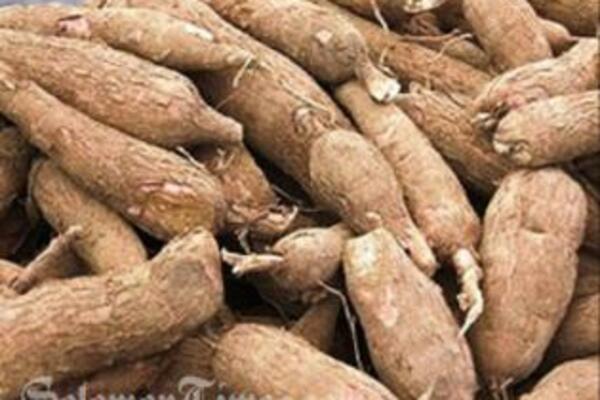 The expert says that for the Solomon Islands, one of the key requirements that must be considered carefully is that of quality, "they have to meet internationally accepted standards."
Source: Photo Supplied
Share
Friday, 15 October 2010 09:38 AM

Solomon Islands are exploring the possibility of engaging in large scale export of cassava to the Canadian market.

Speaking during a media conference this week Minister of Foreign Affairs, Peter Shanel, has confirmed holding bilateral talks with Canada on the possibility of exporting cassava.

Peter Shanel, who arrived early this week from New York, said that instead of selling cassava at local markets, farmers will be able to sell their products for much better returns overseas.

The cassava export markets are primarily in Europe and North America, which includes Canada. There are a number of important but smaller markets in Asia, such as Japan, Korea and China.

An expert in agricultural export says that there are certain barriers the Solomon Islands should be aware of should it choose to enter the cassava market.

"There are issues such as quality requirements, variability in price, and the established contacts between European and North American importers such as Canada with other major exporters such as Thailand and Indonesia."

The expert says that for the Solomon Islands, one of the key requirements that must be considered carefully is that of quality, "they have to meet internationally accepted standards in order to enter the Canadian market."

"I think one of the first step government should do is to set up its own testing facilities, to ensure that cassava and other crops qualify for these markets, it is a hugely lucrative market not just for cassava but other root crops, but the barriers to entry is quite high - but not impossible to reach."

Research has shown that the annual growth rate of fresh cassava imports into Canada is 30%, proving it to be one of the more lucrative markets for cassava.