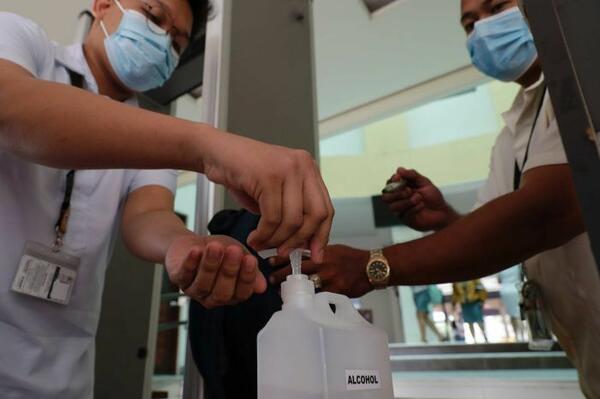 The World Health Organization declared the outbreak a global health emergency as the toll from the virus reached 213.
Source: AP: Aaron Favila
Share
Wednesday, 05 February 2020 10:07 AM

Solomon Islands joins countries such as the US and Singapore in imposing travel restrictions in response to the coronavirus epidemic.

Solomon Islands took their travel restrictions a step further, announcing regulations restricting the entry of any person who has travelled to any countries with confirmed cases of coronavirus, which has now spread to 25 countries and regions —including Australia — with the UK and Russia confirming their first cases.

A statement released by the Office of the Prime Minister and Cabinet advised that anyone who had visited a country with a confirmed case in the past 14 days "will not be allowed to enter the country and will be requested to board the return flight or be subject to detention or quarantine".

The statement said that in addition to members of the public, these restrictions also applied to Government Officials and Members of Parliament.

"The Government acknowledges the risks associated with the outbreak of diseases as a matter of National Security," the statement said.

Singapore has also banned entry to all Chinese passport holders and foreigners with a recent history of travel to China in one of the most drastic moves yet to combat the spread of the coronavirus.

The ban, effective from Saturday, also applies to passengers in transit but exempts residents and long-term pass holders such as those on work permits, student visas or long-term visit passes, the health ministry said.

The US also ramped up its response to the coronavirus epidemic, saying it would halt entry to the country of foreign nationals who had been to China within the 14-day incubation period.

"Following the World Health Organisation decision, I have today declared that the coronavirus represents a public health emergency in the United States," Health Secretary Alex Azar said at a news conference.

As of Sunday, US citizens who had been in Hubei would undergo compulsory quarantine, he said. Foreign nationals who had travelled in China in the last 14 days would be denied entry, he said, citing the need to relieve pressure on authorities.

El Salvador and Guatemala also announced blanket restrictions on people who have recently been in China.