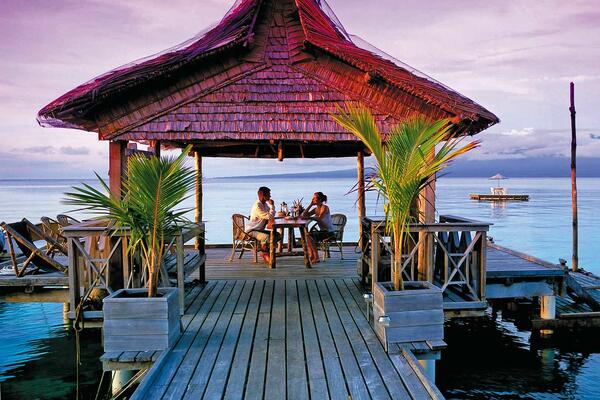 The SINSO data shows for the four-month period following the initial campaign burst (August to December) Australian visitation increased by 7.4 per cent, 17.5 per cent, 3.5 per cent and 6.51 per cent, respectively.
Source: Supplied
Share
Tuesday, 25 February 2020 07:44 AM

Co-funded by Tourism Solomons and Solomon Airlines, the first of two-eight week campaigns went to air in August with a further eight-week burst following in early November.

Target audience for the campaigns was a 3 million-plus audience across an expanded south-east Queensland and northern NSW footprint.

As in the first campaign, heavy focus was again placed on the Solomon Islands’ world-class diving, sports fishing, surfing and unique cultural offering.

Tourism Solomons CEO, Josefa ‘Jo’ Tuamoto said the success of the two-tiered campaign and the related increase in Australian arrivals had been clearly substantiated by the release of the Solomon Islands National Statistics Office (SINSO) 2019 international visitor statistics.

The SINSO data shows for the four-month period following the initial campaign burst (August to December) Australian visitation increased by 7.4 per cent, 17.5 per cent, 3.5 per cent and 6.51 per cent, respectively.

Total Australian arrivals for the 12-month period rose by 7.9 per cent to reach 11,011, representing 38 per cent of the 28,930 international travellers (increase of 3.8 percent) recorded entering the Solomon Islands in 2018.

“The first campaign could be readily measured by the success it has achieved in creating awareness for the Solomon Islands on the Australian travel scene,” Mr Tuamoto said.

“Feedback received from both the travel industry and consumers alike was extremely positive.

“We were confident if we weren’t already on the travel shopping list after the first campaign, the second round would build on that initial awareness and play its part in getting people to actually book a Solomon Islands holiday.

“Based on the numbers, that certainly seems to have been the case and we’ve come a long way in positioning ourselves as new, alternative and very exciting South Pacific destination for Australian travellers.”

The campaign was designed and executed by Sydney-based Illidge Creative.