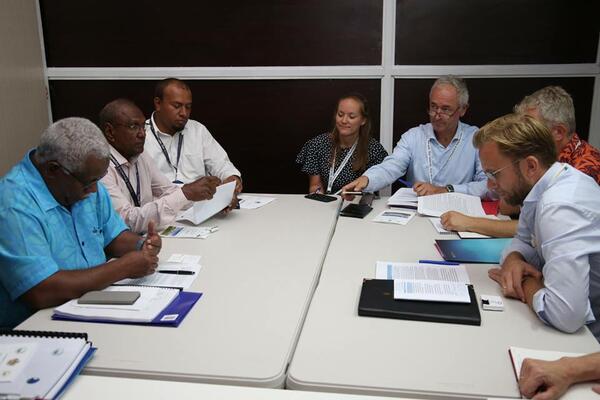 Solomon Islands has benefited from the fund through the Tina Hydro Project, which, Mr Hou has described as an important project that is expected to reduce electricity costs in the country.

Meanwhile, Minister Astrup said Norway is keen in assisting in the areas of renewable energy, fisheries, and climate change through multi-lateral means and signaled Norway’s interest in sharing its experience with Solomon Islands to address issues regarding ocean resources, over fishing and plastic pollution in the oceans.

Prime Minister Hou will also hold other bilateral meetings during the week, notably, with the Secretary General of the Commonwealth Secretariat, Patricia Scotland and the Deputy Prime Minister of New Zealand Winston Peters.

He is also scheduled to hold talks with other leaders of Australia, the United Kingdom, Japan, and other Forum partners including the Secretary of the Interior of the United States of America.

The 49th PIF Leaders was officially opened Monday this week and the Prime Minister’s delegation is expected back in the country at the end of this week.