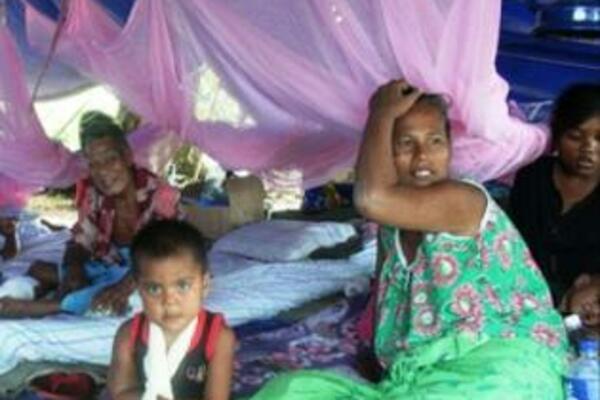 Help in need: For AusAID, food and shelter was a priority after the tsunami in the Solomon Islands.
Source: STO
Share
Thursday, 24 March 2011 09:39 AM

Australia's AUD$4.5 billion foreign aid program is plagued by record levels of fraud, with millions of dollars being stolen by corrupt officials and overseas agencies, The Daily Telegraph reported.

PNG emerged as corruption central with 71 cases of identified fraud, 40 per cent of the AusAID total, involving millions in missing funds.

Solomon Islands recorded 19 cases of fraud, while Indonesia, which will receive AUD$458 million in Australian assistance in 2010/11, recorded 31 fraud cases, followed by the Philippines at 20.

AusAID has 175 cases of fraud under investigation - stretching across 27 countries and totalling millions of dollars.

Documents released under Freedom of Information (FOI) expose a criminal trail in some of the world's poorest countries, with widespread theft of money and forging of receipts.

"The level of fraud in our program from 2004/05 until December 2010 was 0.017 of 1 per cent of the $20 billion that had been appropriated to AusAID during that period," Mr Baxter said. And he denied fraud was on the increase, despite 16 cases being reported last November alone.

A well placed government source in the Solomon Islands says that such findings are not necessarily a bad thing as it would ensure that tighter accountability mechanisms are put in place.

"There is no use being defensive about such reports, we just need to find ways to minimize the chances of it re-occurring," he said.

"As a major funding agency AusAID would now be in a better position to assess how best foreign aid should be delivered in a country such as the Solomon Islands."

Australia is one of the biggest aid donors in the world, focusing on the Asia Pacific although the Government wants to expand its aid funding into Africa over the coming years.