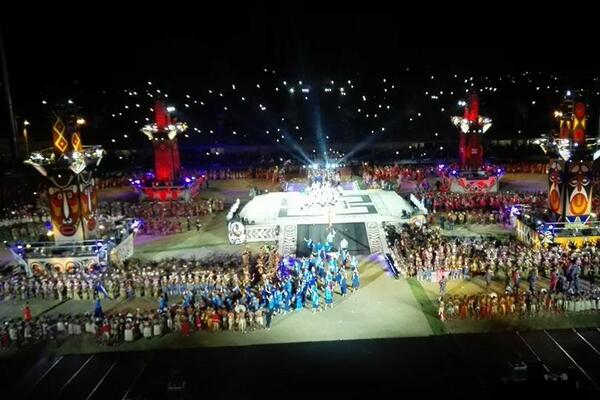 A fact finding mission led by Solomon Islands Sports Minister Christopher Laore is in Port Moresby to talk with state official and other bodies on the hosting of the 2023 Pacific Games.

Sports Vice-Minister Wesley Raminai made an undertaking for Papua New Guinea to support Solomon Islands’ bid to host the 2023 Pacific Games in Honiara.

He told the Solomon Islands delegation that PNG could allocate as much as SBD$20 million to support construction work for the facilities in Honiara.

“We as the big brother in the Pacific will continue our bi-lateral relationship which is very important for both our countries,” Raminai said.

“We hosted and co-hosted three successful events, the 2015 Pacific Games, Fifa U20 Women’s World Cup and 2017 World Rugby League Cup so we have that experience to share.”

Laore described the Port Moresby Games as one of the best in the event’s history.

“We want to develop a national sports policy in our country and this visit is to see how an event like the Pacific Games was organised and managed,” Laore said.

He said Honiara wanted to learn from Port Moresby’s experience as they lay the ground work for the upcoming games.

“We want to learn from you (PNG) as we prepare to host the 2023 Pacific Games.

“We will visit Fiji and Samoa as well.”

PNG Sports Foundation executive director Peter Tsiamalili Jr commended the Solomon Islands on their development of their sports policy and their willingness to learn from their neighbours.

The Solomon Islands had beaten off competition from Tahiti to secure the hosting rights for the 2023 Pacific Games. The decision was taken by the 22 members of the Pacific Games Council (PGC) at the organisation's General Assembly in Vanuatu in 2016.