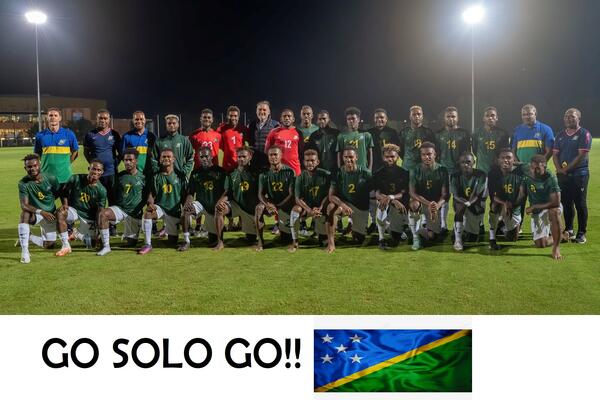 The team played three friendly soccer matches while in Brisbane, registering two wins and one loss against Brisbane club sides.

The youthful squad showed class and outstanding football, at times penetrating the Lions FC defense at will, ending the match with a much deserved 4-2 victory.

It is a glimpse of the potential and depth of the new squad, most of them playing together for the first time. The enthusiasm to attack and the confidence in possession show promise, that this may well be the team that takes us to football glory.

The World Cup campaign in Qatar will be the start of that long journey, a journey to showcase the best in Solomon Islands football, and just maybe go all the way to represent Oceania in the World Cup.

The group stage of the 2022 FIFA World Cup qualification for Oceania features eight teams drawn into two groups of four, with each team playing each of their group opponents once (single round-robin, with three group matches for each team).

The Solomon Islands is in Pool A alongside Tahiti, Vanuatu, and the Cook Islands.
Pool B features Oceania heavyweights New Zealand, drawn alongside New Caledonia, Fiji, and Papua New Guinea.

Solomon Islands coach Felipe Vega-Arango says that being ranked second in the region means there will be high expectations but says he believes the team has what it takes to go all the way.

The Spaniard led the national team into the final stages of the previous World Cup qualifiers - the public is crossing its fingers that the team will go one better this time around.