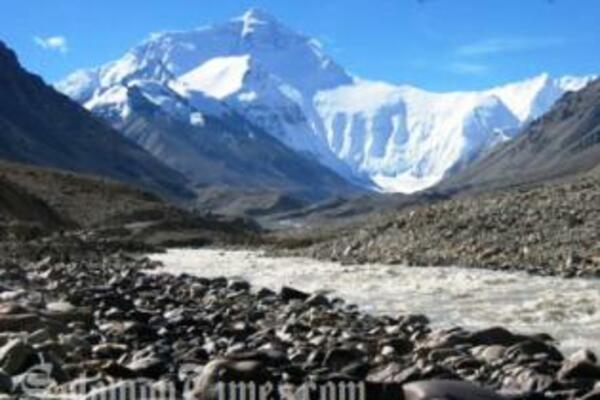 Nepal has a rich geography, the mountainous north has eight of the world's ten tallest mountains, including the highest point on Earth, Mount Everest.
Source: Photo Supplied
Share
Monday, 19 December 2011 09:32 AM

Nepal is a landlocked sovereign state located in South Asia. It is located in the Himalayas and bordered to the north by the People's Republic of China, and to the south, east, and west by the Republic of India.

A BRIEF HISTORY OF NEPAL

Due to the arrival of disparate settler groups from outside through the ages, Nepal is now a multi-ethnic, multi-cultural, multilingual country. Central Nepal was split in three kingdoms from the 15th century until the 18th century, when it was unified under the Shah monarchy. The national language of Nepal is Nepali, which is also the most-spoken language of Nepal.

Nepal experienced a struggle for democracy in the 20th century. During the 1990s and until 2008, the country was in civil strife. A peace treaty was signed in 2008 and elections were held in the same year. Nepal was formally renamed the Federal Democratic Republic of Nepal when it became a federal republic.

Many of the ills of Nepal have been blamed on the royal family of Nepal. In a historical vote for the election of the constituent assembly, Nepalis voted to oust the monarchy in Nepal.

Nepal has a rich geography, the mountainous north has eight of the world's ten tallest mountains, including the highest point on Earth, Mount Everest.