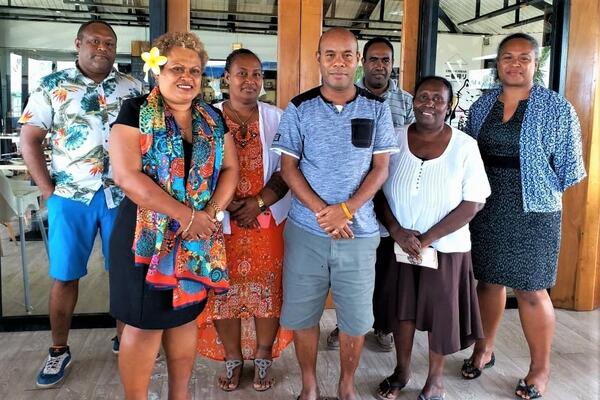 Solomon Islands alumni of the Emerging Pacific Leaders Dialogue (EPLD) and the Commonwealth Study Conferences (CSC) have met to strengthen the group.

A lunch meeting was held in Honiara on Friday 12th February where seven members attended and discussed some ideas.

As a group, they agreed to start thinking about sustaining the organisation and not just a committee set up to organise an EPLD activity.

They also agreed to setup an interim taskforce to work on their ideas with former Chief Executive Officer of the Solomon Islands Chamber of Commerce and Industries (SICCI) Mrs Atenasi Wasuka as its interim chairperson.

Atenasi is currently developing a short survey questions for alumni to gauge answers on what members think the group should be and its intended activities. Findings of the survey would be presented during the group’s next meeting next month.

The group is also planning to establish its own social media network for ease of communication.

Former EPLD and CSC alumni are urged to attend the next meeting scheduled for 12th March at the Solomon Host’s office in Honiara.

EPLD was initiated by the highly respected and long-established Commonwealth Study Conference (CSC) organisations and CSC alumni in Australia, New Zealand and across the Pacific with the inaugural EPLD 2006 opening in Brisbane and closing in Auckland with 10 study tour locations.

EPLD is conducted after four years with the last one conducted in 2014 but there was none organised in 2018.

CSC was initiated in 1956 by HRH The Duke of Edinburgh and these study conferences and their regional equivalents have been held regularly since that time.
CSC is conducted after six years with Canada hosting it in May 2022.