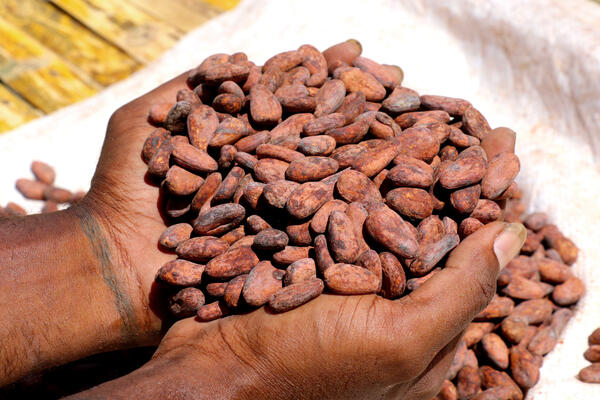 The main buyers of products like timber, cocoa, tuna, copra, though hard hit, were able to absorb the country's export.
Source: Supplied
By Georgina Kekea
Share
Wednesday, 19 May 2021 07:21 AM

It was this time a year ago that the government and Solomon Islanders were apprehensive about the future following the declaration of the COVID-19 pandemic.

Schools were disrupted, lockdowns were ordered by the government, calls for submissions for the Economic Stimulus Package (ESP) were made, decision to suspend recruitment of public servants were made and the first repatriation flights were organized by the government but to name a few.

One year on post COVID-19, economist and president of the Economic Association of Solomon Islands (EASI) Reuben Tovutovu says the country’s economy is faring better than what was anticipated a year ago.

He says fortunately for the country, the supply chain is not disrupted despite the global impact of COVID-19.

“The main buyers of our products like timber, cocoa, tuna, copra, though hard hit, were able to absorb our export as we are just exporting in a scale that is enough”, Mr. Tovutovu told Solomon Times Online.

At the same time the Central Bank’s Monetary Policy Stance for March 2021 says economic activity also picked up in 2020 for emerging markets and is projected to surge to above pre-pandemic levels.

“Positive growth was recorded for China in 2020 and is expected to grow to 8.1% in 2021. This comes on the back of effective containment measures; dynamic public investment response and central bank liquidity support, which have encouraged strong recovery. Growth in our regional trading partners, recovered at a faster pace than expected in the second half of 2020. In Australia, growth is expected to recuperate strongly from -2% at the end of December 2020 to 3.5% in 2021 as the recovery continues into 2021- 2022. As for New Zealand, economic activity is expected to remain around pre-Covid19 levels until late 2021. Thereafter, growth is expected to accelerate from late 2022”, the CBSI report said.

Meanwhile Mr. Tovutovu says another contributing factor as to why the country’s economy is faring better is because of its import cover.

The Foreign reserves level is around USD650million plus (SBD 5.4 billion +). This is equivalent to around 13+ months import cover. The country's foreign reserves have been sitting above 12 months cover for the past one and a half year already and is expected to grow, given the key national projects and other donor projects commence activity.

Tovutovu said this is a sign of a healthy economy.

He said the most negative impact of the COVID-19 pandemic for Solomon Islands was the loss of jobs and the suspension of recruitment by the government as the biggest employer.

However he said with the increase of activities in the informal sector, the country’s economy continues to thrive despite the shortfalls.

The domestic sectors that were largely affected by the pandemic were accommodations, constructions and transport.