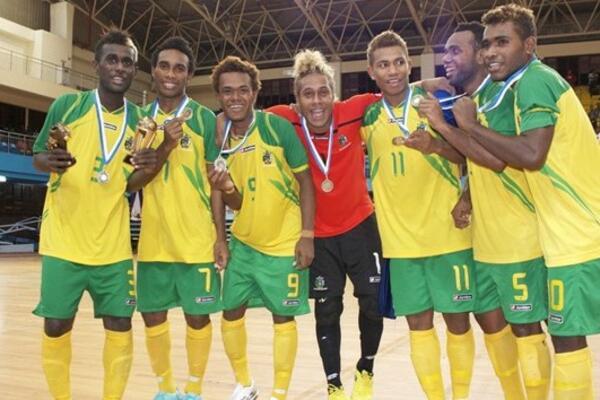 Top seeded Solomon Islands kurukuru have been drawn in the same pool as New Zealand for the upcoming OFC Futsal Championship next month.

The eight teams involved in the OFC Futsal Championship Invitational now know the route they must take to become champions after confirmation of the official draw.

Five OFC member associations will take part in the tournament – New Caledonia, New Zealand, Solomon Islands, Tahiti and Vanuatu – and will be joined by two members of the Asian confederation – Australia and Malaysia – as well as an OFC Invitational team.

The tournament will be held at The Trusts Arena in Auckland, New Zealand, from July 23 to 27.

The teams have been split into two groups and will compete in a round robin system before a semi-final stage and play-offs to determine the other placings. The 3rd/4th play-off and final will both be held on July 27.

Based on those seedings, the groups have been determined as follows:

The match schedule has been confirmed as per below: