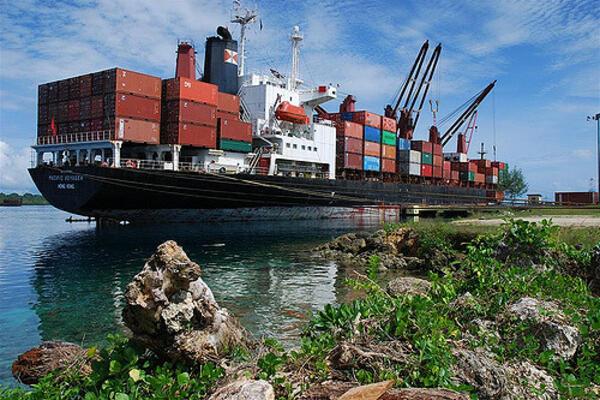 Automated customs operations now allow, for example, importers to pre-clear their goods online and avoid queuing for hours at the port or airport.
Source: Supplied
Share
Monday, 05 March 2018 07:37 AM

The Solomon Islands Customs and Excise Division collected more than $1 billion in revenue in 2017 for the first time in history.

Taxes collected on imported goods help provide the Pacific island nation – among the world’s least developed – with funds needed to deliver important public services and infrastructure, such as schools, roads and hospitals.

The billion-dollar milestone was reached just three years after the government started working with UNCTAD to modernize clearance and revenue collection procedures at the 992-island archipelago’s main ports and airports.

“We operate in a global environment where import duty rates are decreasing, not increasing,” Solomon Islands Customs and Excise Division Comptroller Nathan Kama said in a statement. “In order to increase revenue, it is necessary to increase the effectiveness and efficiency of customs administration.”

Automated customs operations now allow, for example, importers to pre-clear their goods online and avoid queuing for hours at the port or airport.

In the long-term, faster clearance procedures should help lower the price of imported goods on store shelves. This is important for the vulnerable tropical nation’s population, who rely on imports for daily staples such as rice, pasta, sugar and poultry.

“Improved efficiency comes from the performance of our people and their willingness and ability to embrace automation using the ASYCUDA World system, among others,” Mr. Kama said.

The UNCTAD Automated System for Customs Data (ASYCUDA) project was part of a bigger trade facilitation and regional integration programme, funded by the Solomon Islands government with support from Australia’s Department of Foreign Affairs and Trade.

“The impressive results wouldn’t have been possible without the government’s unwavering commitment to reform and modernization,” said Marianne Dumont, who coordinates the ASYCUDA programme in the country, which lies about 2,000 kilometers to the northeast of Australia.

By automating customs procedures, the ASYCUDA programme has helped reduce bureaucracy, corruption and trade delays in as many as 93 developing countries.

UNCTAD is committed to providing technical support, such as modernizing customs procedures, to small island developing states like the Solomon Islands, which face specific challenges to compete in the global economy because of their size and isolation from major markets and trade routes.