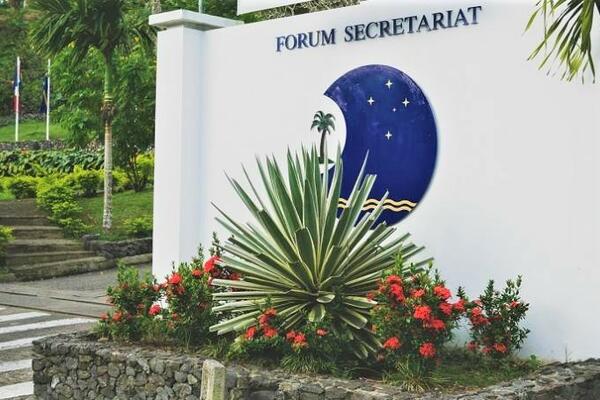 He says it is regrettable that the five Micronesian countries have decided to withdraw from the forum and says that it was quite a challenge for the leaders in last year’s voting process for the new Secretary General.
Source: File
By Georgina Kekea
Share
Friday, 23 April 2021 10:43 AM

Manele told parliament the Pacific Islands Forum Chair, Tuvalu’s Prime Minister, has been in close consultation with Forum leaders and Solomon Islands is optimistic of a good outcome for the Pacific.

“I am pleased to report that a political dialogue process is now in place to restore the unity of the region and to conduct dialogue and consultation with the Micronesian leaders”, Manele says.

Responding to a question raised by the Opposition Leader, Manele says he is confident that within the next 12 months faith and trust in PIF by the Pacific island family will be restored.

He says it is regrettable that the five Micronesian countries have decided to withdraw from the forum and says that it was quite a challenge for the leaders in last year’s voting process for the new Secretary General.

The question raised by the Solomon Islands Opposition Leader, Mathew Wale, was on the steps taken to persuade the five Micronesia countries from withdrawing from the Pacific Islands Forum.

Solomon Islands Foreign Affairs Minister, Jeremiah Manele was asked by the Prime MInister, Manasseh Sogavare to respond to the questions raised by the Opposition Leader.

The standoff between the Pacific Island leaders was because Micronesia's candidate for the Secretary General’s position at the Forum Secretariat was not successful. Former Cook Islands Prime Minister, Henry Puna was elected to replace Papua New Guinea’s Dame Meg Taylor causing a stir among the Micronesia leaders.

Since then three of the five Micronesia countries have completed their internal processes to withdraw from the Forum.

Earlier this year, Fiji Prime Minister, Frank Bainimarama made a call for regionalism saying the greatest asset the pacific has is the strength in solidarity and strength in common purpose and commitment.

He said this year marks 50 years since the founding of the Pacific Islands Forum and the pacific must take this opportunity to reflect on what has been achieved together as one collective through PIF and celebrate those achievements.

“Together we fought for a nuclear-free pacific and committed to the Rarotonga Treaty. Together we negotiated and advocated what became the United Nations Convention on the Law of the Sea - and we are asserting our rights under that convention. Together we have refined and committed to a region of democracy, peace and strengthened regional security”, Bainimarama has said.

Bainimarama will come in as Forum Chair in August this year.