Solomon Islands Braces Itself for Effects of El Nino 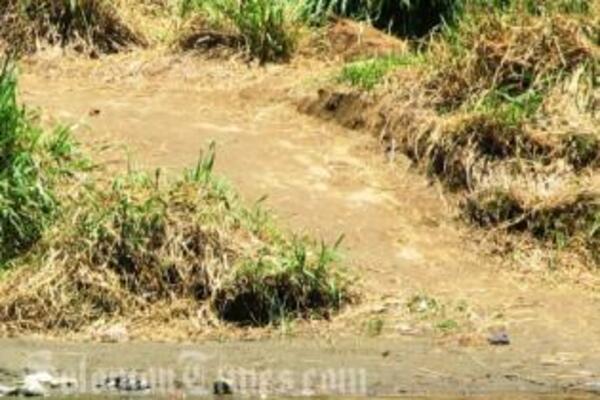 NDMO reports that parts of Guadalcanal have not had rain for almost two months resulting in streams drying up.
Source: Photo Supplied
Share
Wednesday, 01 July 2009 07:00 AM

Disaster Authorities, officials from the Ministry of Health and the Solomon Islands Water Authority (SIWA) held an interagency meeting last Friday to discuss appropriate measures needed to counter the effects of the El Nino cycle.

El Nino is a weather condition associated with long dry season, which has the potential to develop into severe droughts.

Meteorology Deputy Director David Hiriasia said the weather condition is likely to affect the country as it was in 1997, one of the worst El Nino experienced by the Solomon Islands.

"Our dry season usually begins in April and will end in November. From April to June is the transition period which we switch from wet to dry season."

However, Mr Hiriasia said the projection of El Nino Southern Oscillation (ENSO) in the Pacific region shows that the dry season may extend up to January or February 2010.

He said already some parts of the country are beginning to feel the impacts with Munda in Western Province being the first to receive a warning last month.
Meanwhile, the National Disaster Management Office, NDMO, Director Loti Yates said responsible authorities have a part to play in disaster preparedness and disaster risk reduction.

He said a response plan to deal with the impacts of any possible drought as the result of the El Nino is very crucial.

Mr Yates said over the weekend, the NDMO with assistance from the Solomon Islands Fire Service had distributed freshwater for up to three thousand people in communities in the Aruligo and surrounding areas in North-West Guadalcanal.

He said a team of six people and one fire truck was used to distribute 5,600 gallons of freshwater for the people.

Mr Yates said those areas were badly affected after the worst flooding in the areas, early this year.

He said people in the area are now experiencing almost two months of no rain and most of the streams that people rely on are now beginning to dry up.