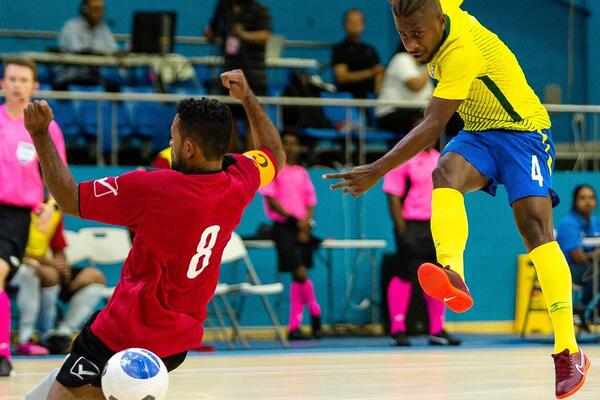 But the day belonged to the Mana brothers who exploded with goals ushering in a new era in Solomon Islands Futsal.
Source: OFC
Share
Thursday, 15 September 2022 10:52 AM

The Solomon Islands Kurukuru are off to a flying start defeating New Caledonia 9-3 to open up their campaign at the OFC Futsal Cup 2022 in Suva, Fiji.

The new look Kurukuru side dominated the game from the start, with experienced team captain Jeffery Bule leading the young lads.

But the day belonged to the Mana brothers who exploded with goals ushering in a new era in Solomon Islands Futsal.

For Junior and Benjamin, the match was also their national debut for the Solomon Islands.

“I really enjoyed playing that game, it made it even more special to play alongside my brothers,” Junior said.

“We’ve played at club level together but to play at national level is something else.

“The combination we have between us is there, we work well and support each other.”

The Solomon Islands take on Samoa in their second Group B match today at 6.00pm Fiji Time which was rescheduled from Match Day 1.