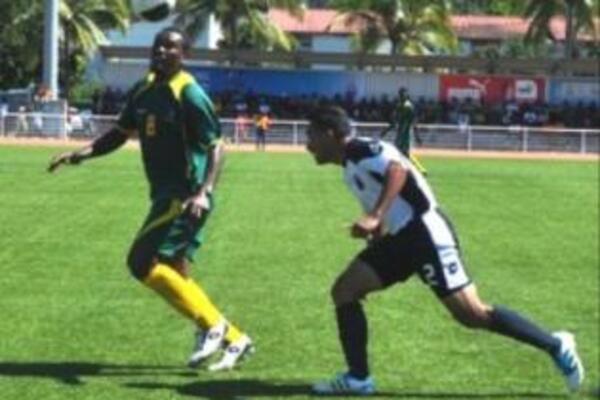 Solomon Islands have beaten American Samoa 4-0 in their men's Group A match at Riviere Salée in Nouméa at the XIV Pacific Games.

Solomon Islands were keen to assert its authority in the opening minutes when clinical finisher Benjamin Totori pounded the goal mouth with early shot. Joe Lui was also active up front with a few shots on goal.

Totori struck again in the 28th minute when he dribbled down the right and pulls the ball back for Joe Lui, whose shot was simply too powerful for the keeper.

Lui struck again in the 38th minute, adding his second of the afternoon when he swivels and finishes at close-range.

American Samoa put in a much better defensive showing in the second half keeping Solomon Islands scoreless until fulltime.

Hosts New Caledonia continued their hugely impressive start to the tournament with a 9-0 humbling of Guam while the Fiji players also found their goal scoring boots in triumphing 9-0 over Kiribati.