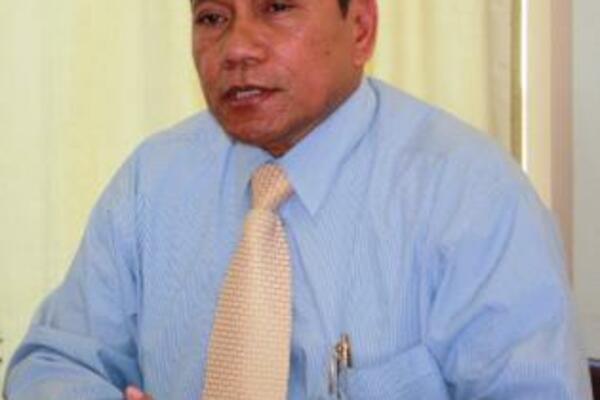 The Solomon Islands Government has today joined the International Community to support the United Nations (UN) Security Council Resolution 1973 on the crisis in Libya.

Solomon Islands Minister for Foreign Affairs and External Trade, Hon. Peter Shanel Agovaka, made the announcement at a media conference in Honiara today in view of escalating violence in Libya that has reportedly killed hundreds of innocent civilians.

In the past few days, the world has witnessed widespread demonstrations across the Middle East including Libya.

"One thing that these protestors have clearly demonstrated is that governments cannot deny the will of the people, particularly when they are united in calling for recognition of their wellbeing and human rights," Minister Agovaka explained.

Minister Agovaka said Solomon Islands hopes that in carrying out Resolution 1973, the International Community will be able to address the growing crisis in Libya.

Meanwhile, NATO has appeared to be moving closer to assuming command of the military operation in Libya when Turkey's Foreign Minister, Ahmet Davutoglu, was quoted as saying an agreement has been reached by Turkey's state-run Anatolia news agency.

"The coalition that was formed following the Paris meeting will abandon the mission and hand it over entirely to a single command system under NATO."

The alliance needs the approval of all 28 of its members in order to coordinate the operation, and Turkey had set conditions on that role for NATO.

"All of Turkey's concerns and demands on the issue have been met," said Mr Davutoglu. "NATO has promised to complete the work needed to take over the Libya mission within one or two days."