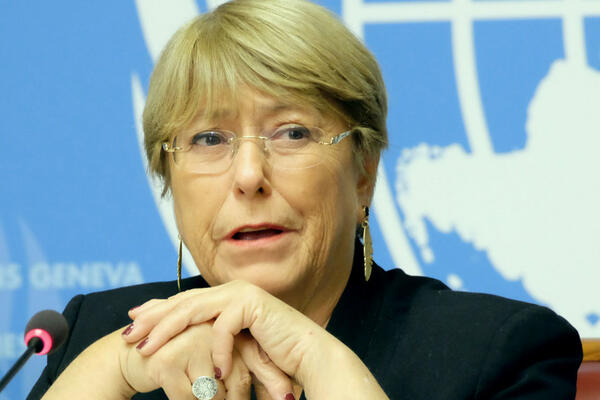 Solomon Islands has backed China yet again, rejecting statements made by the UN’s High Commissioner for Human Rights, Michelle Bachelet, on Beijing’s handling of protests in Hong Kong and its treatment of the ethnic Uighur population in Xinjiang province.

The statement was made as part of her report to the 47th session of the Human Rights Council on 21st June 2021.

In her report to the Council Bachelet expressed “serious concerns” regarding the National Security Law introduced in Hong Kong, and repeated her call for access to Xinjiang, “particularly as reports of serious human rights violations continue to emerge”.

China, along with allies such as Solomon Islands, North Korea, Belarus and Venezuela, rejected the statements made by Bachelet. China’s representative said Beijing would not accept “interference” by any external forces over what he said were inalienable parts of China's territory.

It is concerning that Solomon Islands allows itself to be used by China to leverage the Council to promote its views on Human Rights.

Human Rights Watch says China seeks to “reposition international human rights law as a matter of state-to-state relations, ignores the responsibility of states to protect the rights of the individual, treats fundamental human rights as subject to negotiation and compromise, and foresees no meaningful role for civil society”.

As a Democracy Solomon Islands should stand up for its values, the foundation of our young Democracy – human rights, freedom of speech and media freedom are some of the core elements of any functioning Democracy.

Interestingly, other Democratic countries in the Pacific Islands that have diplomatic ties with China did not support China’s statement – they are Fiji and Samoa.

Solomon Islands is compromising itself, while others are standing strong to their Democratic values and principles.

Let us be friends with China, promote cultural exchanges, push for economic development, share knowledge and technical know-how, work together where it matters – but we must draw a line, otherwise the lines will shift, and continue to shift and at some point, we will not recognize ourselves.