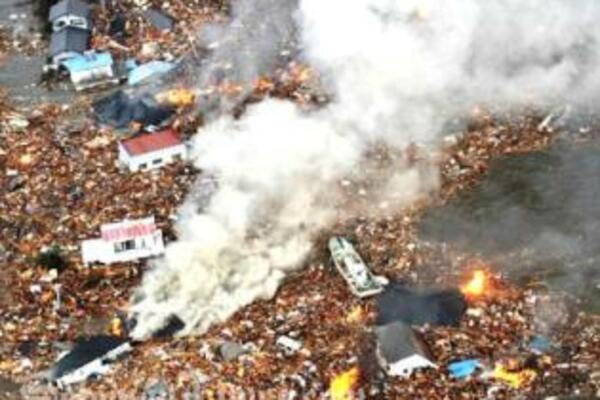 Devastating images of the earthquake and tsunami that struck Japan flashed across TV screens in Honiara.
Source: Supplied
Share
Monday, 14 March 2011 08:23 AM

Speaking to SIBC News from Japan, Samson Viulu says even though they are still living in a state of shock he assures relatives of Solomon Islanders studying and living in Japan that they are all safe.

SIBC News understands that around 20 Solomon Islanders are living and studying in Japan.

Meanwhile, thousands of residents in Honiara fled to higher grounds as warnings of a tsunami were issued by the National Disaster management Office (NDMO).

As devastating images of the earthquake and tsunami that struck Japan flashed across TV screens in Honiara, NDMO issued warnings for most of the Solomon Islands through the National Broadcaster, SIBC.

Luckily the predicted six feet waves did not reach the Solomon Islands.

"People have two choices when we issue warnings, to listen to them and act or to ignore them, it is better to be safe than sorry," said the Director of NDMO, Loti Yates.

Mr Yates said that he is pleased that people did heed their warnings as tsunamis are unpredictable.