Solomon Islander Featured as "An Agent of Change" 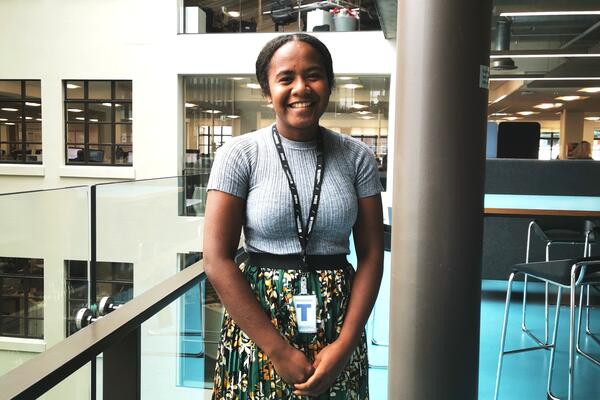 "I have always been passionate about my country's economy since high school and through my dad's work," she says.
Source: pcf.org.nz
Share
Thursday, 16 January 2020 11:47 AM

Pacific Cooperation Foundation (PCF) Summer Intern Josephine Lagi says that the unfortunate events of the late 1990s, described by many as the ethnic tensions, stirred her to pursue a Bachelor of Commerce at Victoria University in Wellington.

The young Solomon Islander says that despite not being able to recall much, she says the effects of the tension still lingers on in her home country.

"I was born during the ethnic crisis in 1999 so I would not remember a lot" she says,
"However, I can still see its effects not only on our people, but on the country's economy at large. The economy deteriorated a lot during that time and has been slowly improving."

"There's still room for a lot of improvements and that is what drives me to pursue the programme that I am now undertaking."

Choosing to study in Wellington is also a massive feat for Josephine who revealed that she had never stepped foot outside of Honiara. However, she knows that her time away from her home and family will pay off.

"I grew up in Honiara all my life and haven't been to any place outside of Solomon Islands until I came to New Zealand in the beginning of 2018" Josephine said.

While the rest of her family remains in Honiara, Josephine credits them as her motivation. Her father works as a customs officer whereas her mother is an accounts officer.

As the middle child and only girl out of her siblings, Josephine's older brother is currently studying at the University of the South Pacific Honiara campus while her younger brother has just completed year nine.

When asked who inspires her the most, Josephine says it is her parents. "I am so proud of my parents" she said.

"Even though they didn't have the opportunity that my siblings and I have in furthering our education, they still worked their hearts off just to provide for us. They spend long hours in their respective workplaces and would stay up late just so they can keep encouraging us while we worked on our school assignments to meet deadlines."

"I salute them both their continuous support and hard work."

Josephine believes that there are plenty of opportunities that can help push Solomon Islands forward and hopes that when she returns she will make a significant contribution to its development.

"I have always been passionate about my country's economy since high school and through my dad's work," she says.

"With the undersea fibre optic cable allowing Solomon Islands to connect with the rest of the world, I would like to work on integrating simple technological systems as well as providing guidance and making sure websites for public/private organisations and NGOs are maintained and up-to-date. It's going to be a lot of work, but I am confident that I can make that happen."

"In 10 years' time, I would like to be known as an agent of change whether that's in my home country, in the region or even on a global level. I want to address whatever challenges that prevents Solomon Islands from progressing."

"Although some of the changes may not be widely accepted, I will do my best to ensure that the people in my home country will see the long-term benefits."